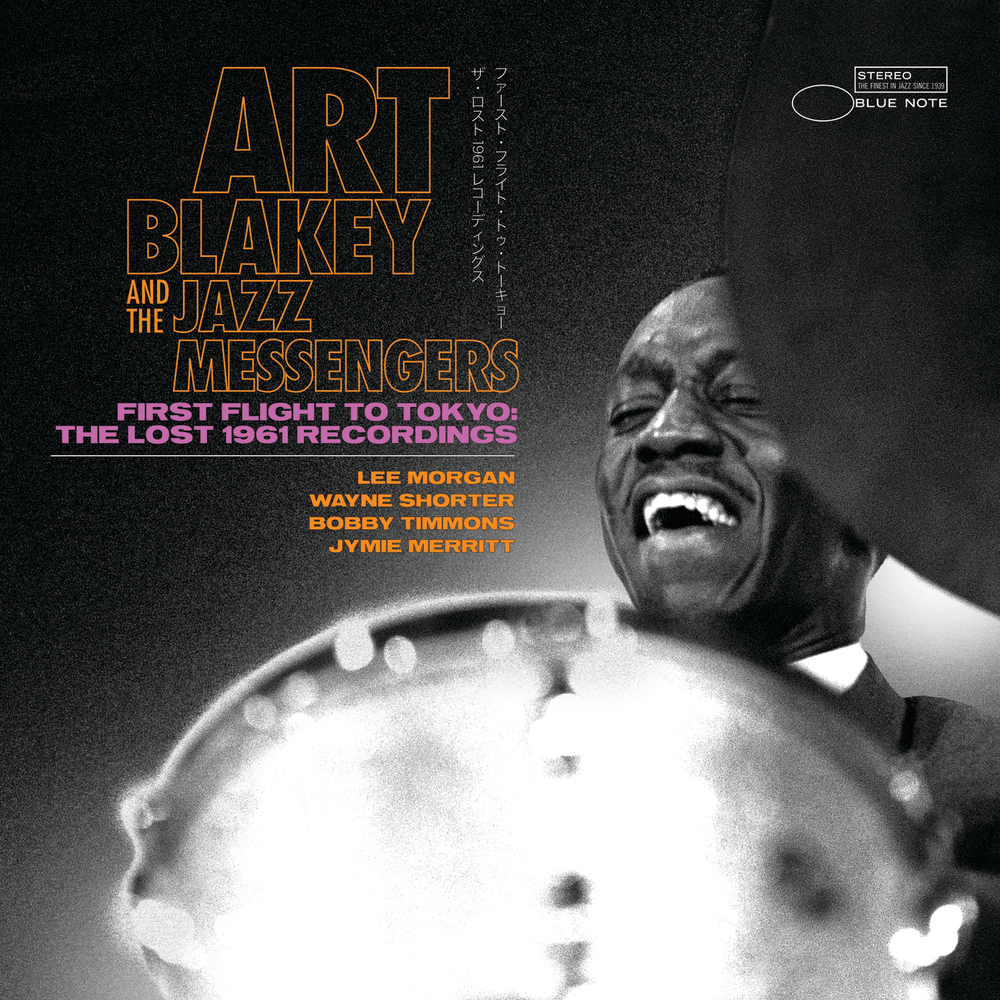 Available in 192 kHz / 24-bit AIFF, FLAC high resolution audio formats
First Flight to Tokyo: The Lost 1961 Recordings is a thrilling previously unreleased live recording of Art Blakey & The Jazz Messengers captured at Hibiya Public Hall in Tokyo on January 14, 1961 during the band’s first-ever tour of Japan. The Jazz Messengers were among the first modern jazz groups to tour the country, and adoring Japanese audiences were enthralled by one of the band’s all-time great line-ups featuring the legendary drummer with Lee Morgan on trumpet, Wayne Shorter on tenor saxophone, Bobby Timmons on piano, and Jymie Merritt on bass. The concert featured soaring performances of well-known jazz staples including Charlie Parker’s “Now’s the Time,” Thelonious Monk’s “Round About Midnight,” and Jazz Messenger hits including “Blues March,” “Dat Dere,” and “Moanin’.” First Flight to Tokyo was co-produced by Zev Feldman and David Weiss. The audio has been newly transferred from the original ¼” tape reels to high-resolution digital formats!
192 kHz / 24-bit PCM – Blue Note Records Studio Masters