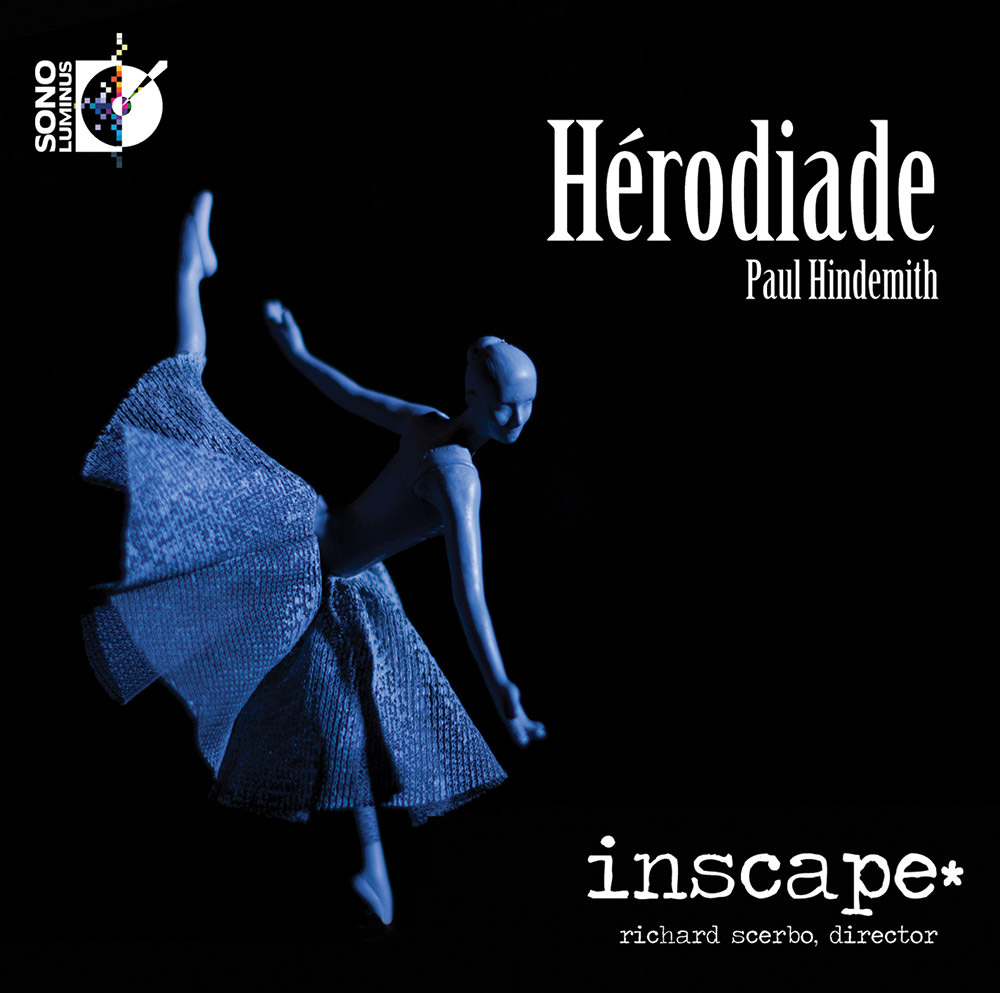 Available in 96 kHz / 24-bit AIFF, FLAC high resolution audio formats
Inscape takes us to an evening at the ballet with this 2014 album dedicated to Paul Hindemith’s Hérodiade. Founded in 2004 by Artistic Director Richard Scerbo, the Grammy nominated Inscape performs concerts that aim to engage audiences and provide a compelling way to explore both standard and non-standard works. With its flexible roster of musicians, Inscape’s programs explore a variety of styles. Praised by The Washington Post for their “guts and musical sensitivity,” Inscape’s energetic concerts are well-established in the Washington, DC region and continue to garner praise from audiences and critics alike. This exclusively digital release marks one of the few recordings of this elegant work.
96 kHz / 24-bit PCM – Sono Luminus Studio Masters