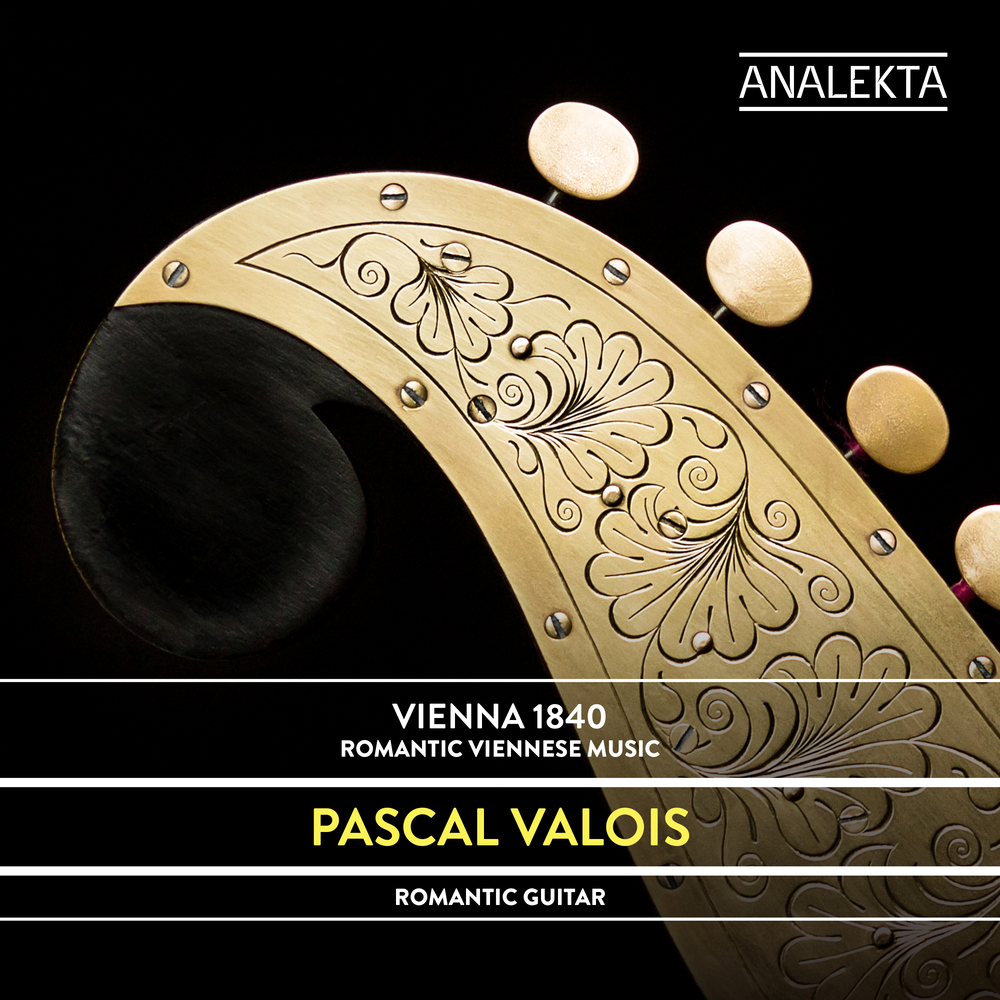 Available in 48 kHz / 24-bit AIFF, FLAC audio formats
“But truly, there remains much to be read between the lines, which no composer can convey by signs and no editor by explanations.” – Carl Reinecke The second half of the 19th century was an erawhen musicians valued the evocation of the fantastic and the expression of passion above all else. They did not hesitate to manipulate and reshape musical frameworks through a wide variety of expressive techniques such as rubato (modifying rhythms and varying pulsation), portamento (expressively sliding between notes), arpeggiation, adding appoggiaturas and trills, and improvising musical transitions. For the recording of Vienna 1840, Pascal Valois set out to rediscover these manners of expression as they existed in the Germanic Romantic period. For this same reason, he used a replica of an 1830 Viennese guitar by luthier Johann Georg Stauffer (1778–1853). Pascal Valois is dedicated to reviving enthusiasm for the guitar scene during the Romantic era. He performs music from the nineteenth-century repertoire by using various period instruments, ornamentation, stylistic practices of the period, as well as improvisation, which was customary in that era.
48 kHz / 24-bit PCM – Groupe Analekta, Inc Studio Masters