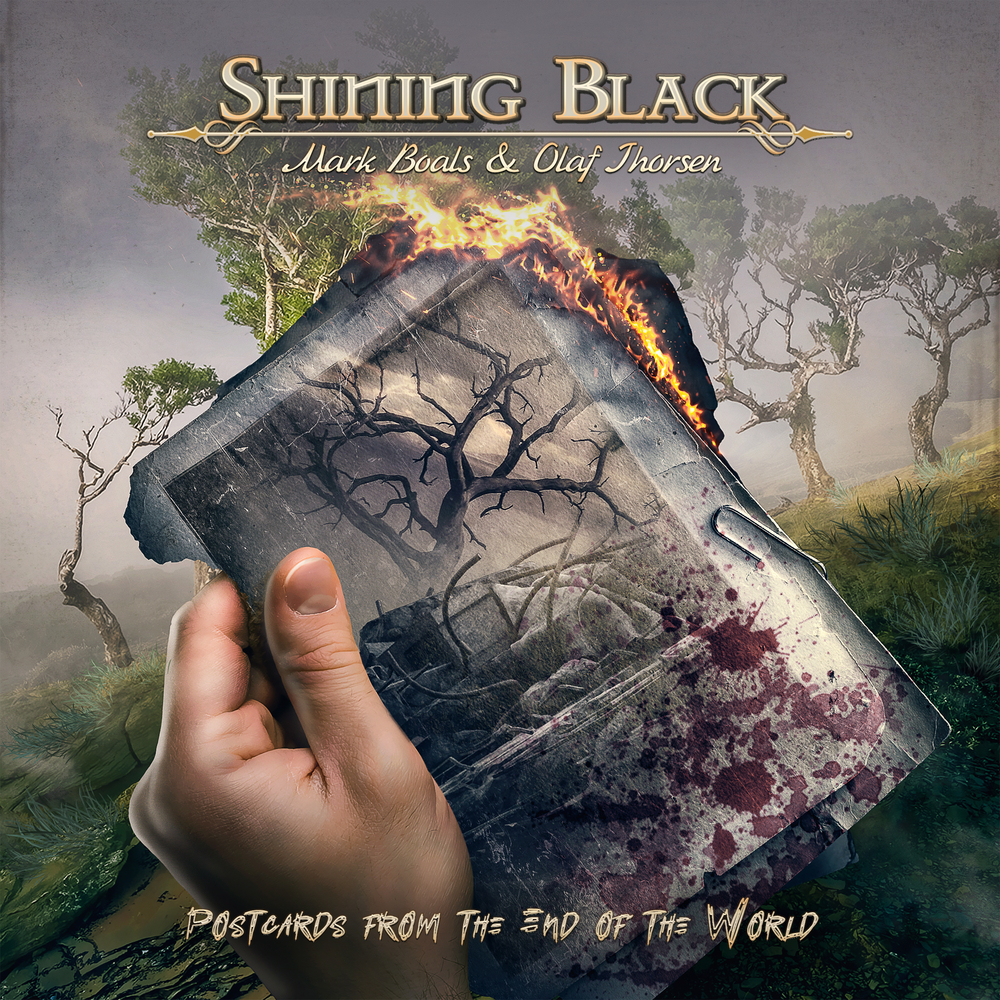 Postcards from the End of the World

Available in 44.1 kHz / 24-bit AIFF, FLAC audio formats
Shining Black is a melodic metal band featuring vocalist Mark Boals (Yngwie Malmsteen, Ring Of Fire, Royal Hunt) and guitarist Ölaf Thorson (Labyrinth, Vision Divine). Thorson and Boals now present Postcards From the End of the World, their sophomore album, which again highlights the outstanding collaboration between the two musicians. This album takes up where the debut left off, comprised of ten songs of modern power metal with the combination of Boals’ lung-busting vocals and Thorsen’s blistering guitar skills. Completing the lineup are Oleg Smirnoff on keyboards & piano, Nik Mazzucconi on bass, and Matt Peruzzi on drums. The roots of Thorson and Boal's artistic collaboration goes back to 2014, when the Italian power/progressive metal band Labyrinth was faced with the dilemma of moving forward without their long-time singer Roberto Tiranti. The band invited Boals to join them and began work on new songs which would have been released on the band’s next album. However, Mark's busy schedule at the time did not fit in with the recording plans Labyrinth had at the time and ultimately their work together stalled. (Tiranti would eventually rejoin Labyrinth and release a new record, “Architecture of a God”.) Despite not getting to work together in Labyrinth, Mark and Olaf remained in touch and when the occasion arose, by suggestion from Frontiers, the two artists took the opportunity to work together and thus the Shining Black project was born! Shining Black's second album will once again delight power metal fans with its accomplished musicianship and empowering vocals… Euro-metal fans get excited!
44.1 kHz / 24-bit PCM – Frontiers Records s.r.l. Studio Masters