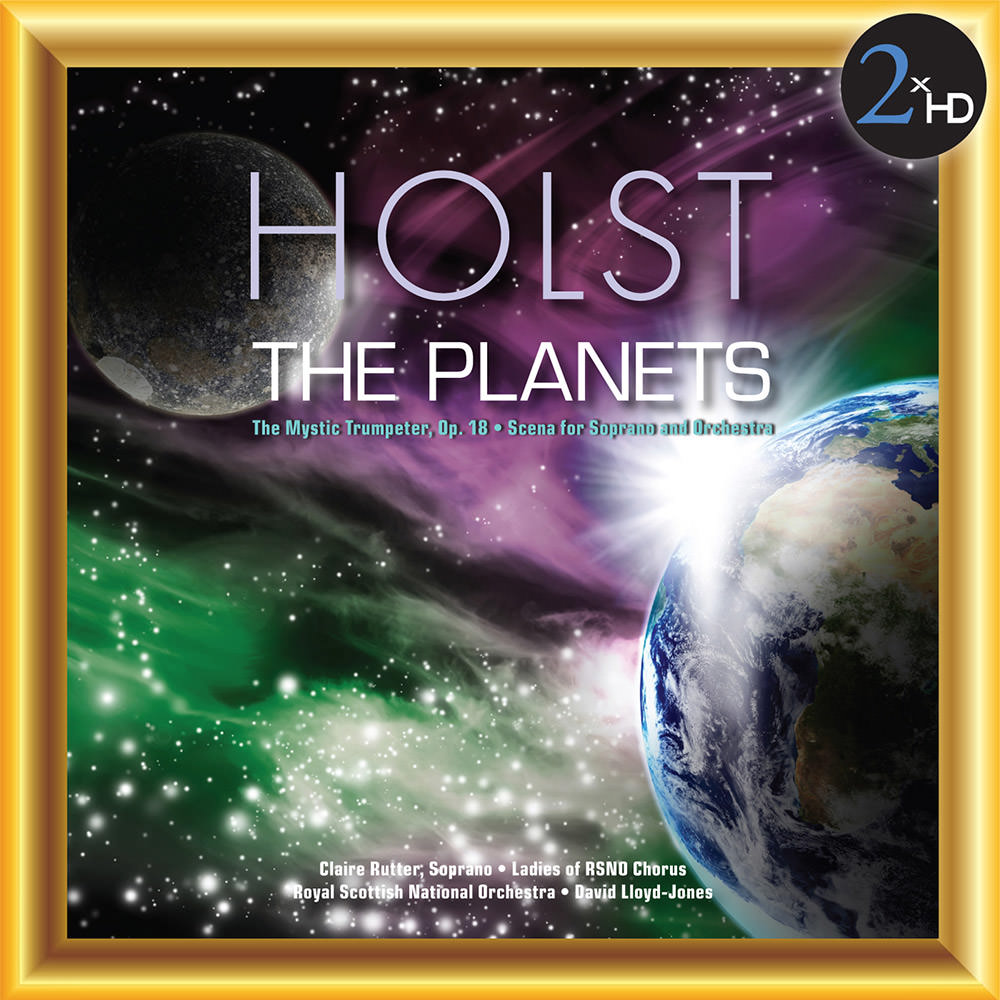 Holst: The Planets - The Mystic Trumpeter, Op. 18 (Scena for Soprano and Orchestra)

"... The Mystic Trumpeter, a gorgeous setting for soprano and orchestra, deserves far more attention than it has received. Claire Rutter delivers the text with excellent diction and lovely tone ..."
- ClassicsToday.com

This 2002 release of The Planets by the Royal Scottish National Orchestra under David Lloyd-Jones has impressed critics as one of the finest interpretations of Holst's most famous work. But what make this album essential are the two other pieces included here: Pluto, the modern addition composed by Colin Matthews that premiered in 2000, and The Mystic Trumpeter, one of the most neglected of Holst’s major works. First performed in 1905 and revised by Holst in 1912, it remained unplayed and unpublished until the composer's daughter Imogen Holst and Matthews edited the music in 1979.
44.1 kHz / 24-bit PCM – 2xHD Studio Masters