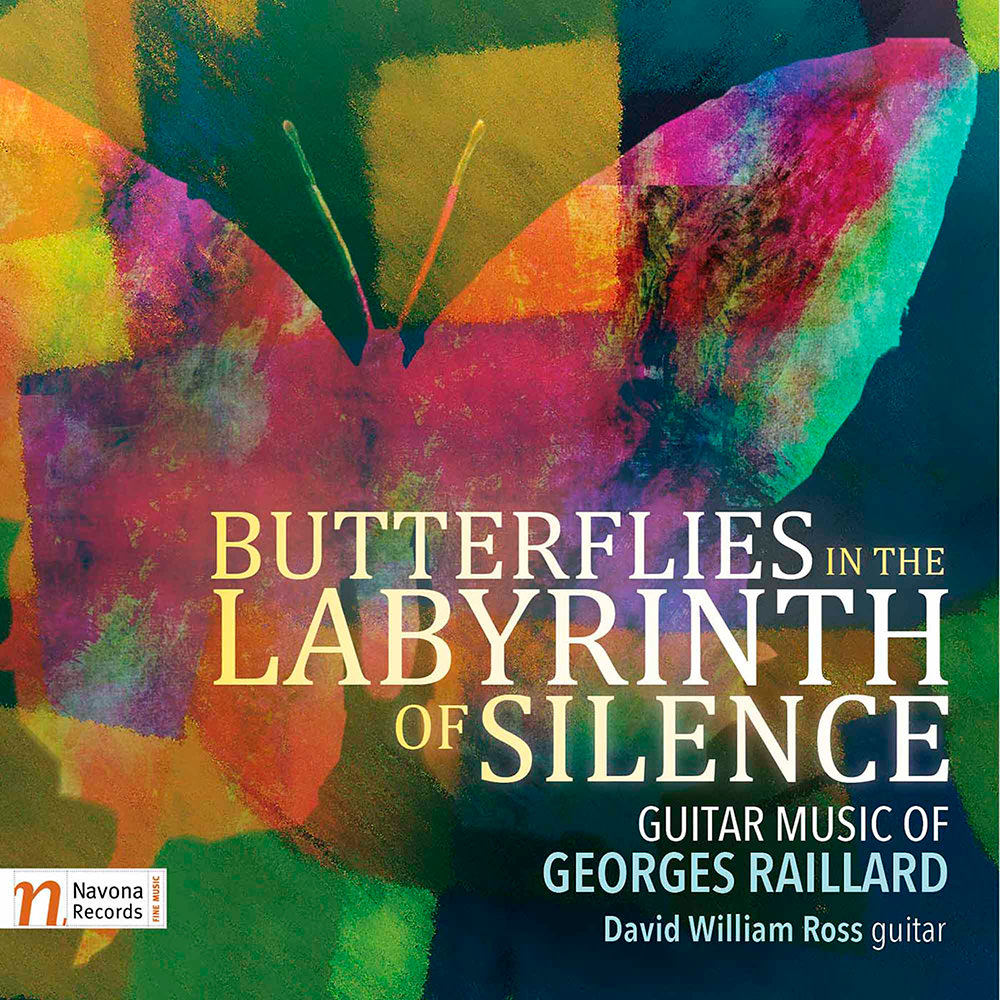 Butterflies in the Labyrinth of Silence: Guitar Music of Georges Raillard

Available in 48 kHz / 24-bit AIFF, FLAC audio formats
On Butterflies in the Labyrinth of Silence, guitarist David William Ross channels the full spectrum of Swiss composer Georges Raillard’s imagination, from gliding melodies that barely rise above a whisper to thunderous refrains that catapult from the speakers. Raillard calls for a range of playing methods in these works, including fingerpicking, long ringing strums, single note melodies and sustained pedal points. With such a variety of moods, colours and techniques, the album is an collection of introspective, creative pieces executed to perfection, recorded in only two days in July of 2016.
48 kHz / 24-bit PCM – Navona Studio Masters