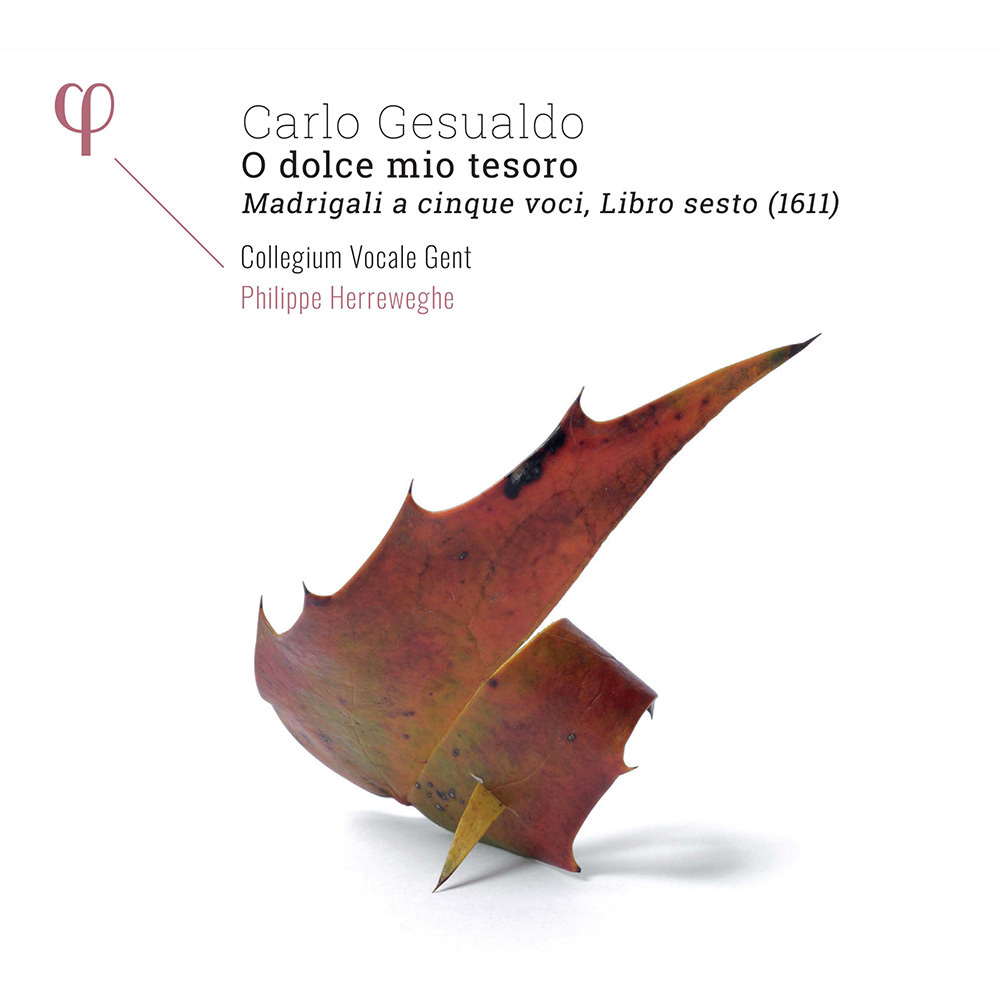 Available in 96 kHz / 24-bit AIFF, FLAC high resolution audio formats
"Four Stars ... delectably careful performances of music that in less careful hands can sound plain crazy ... the slippery harmonies of Carlo Gesualdo’s Sixth Book of Madrigals, written in 1611 but sounding centuries ahead of their time, are nailed down with the sharpest, slenderest of pins thanks to the perfect tuning and clear tone of Herreweghe’s ensemble ... the singers maintain a finely balanced blend, emerging briefly as soloists at moments of emphasis ... the performances are full of subtle nuance and you’re unlikely to hear passages such as the end of Io pur respiro, with its sliding, viscous harmonies, better done." - The Guardian Carlo Gesualdo is a personality who has provoked considerable controversy over the centuries: an aristocrat, musician and murderer of his first wife, he is no less a composer whose work is marked by subtlety and refinement. His innovative Sixth Book of Madrigals, written two years before his death, exploits all harmonic, chromatic and textural possibilities to meet the texts’ expressive requirements and has proven to be a veritable masterpiece of the genre. After a first album devoted to Gesualdo’s sacred pieces, Philippe Herreweghe and his Collegium Vocale Gent rediscover the composer's secular music for the 450th anniversary of his birth. They present a delicate, expressive reading of this complex repertoire, doing justice to the modernity of the language of the Prince of Venosa. The acoustics of the church in the little Tuscan village of Asciano, where the programme was recorded in 2015, provides an ideal sound setting.
96 kHz / 24-bit PCM – PHI Studio Masters