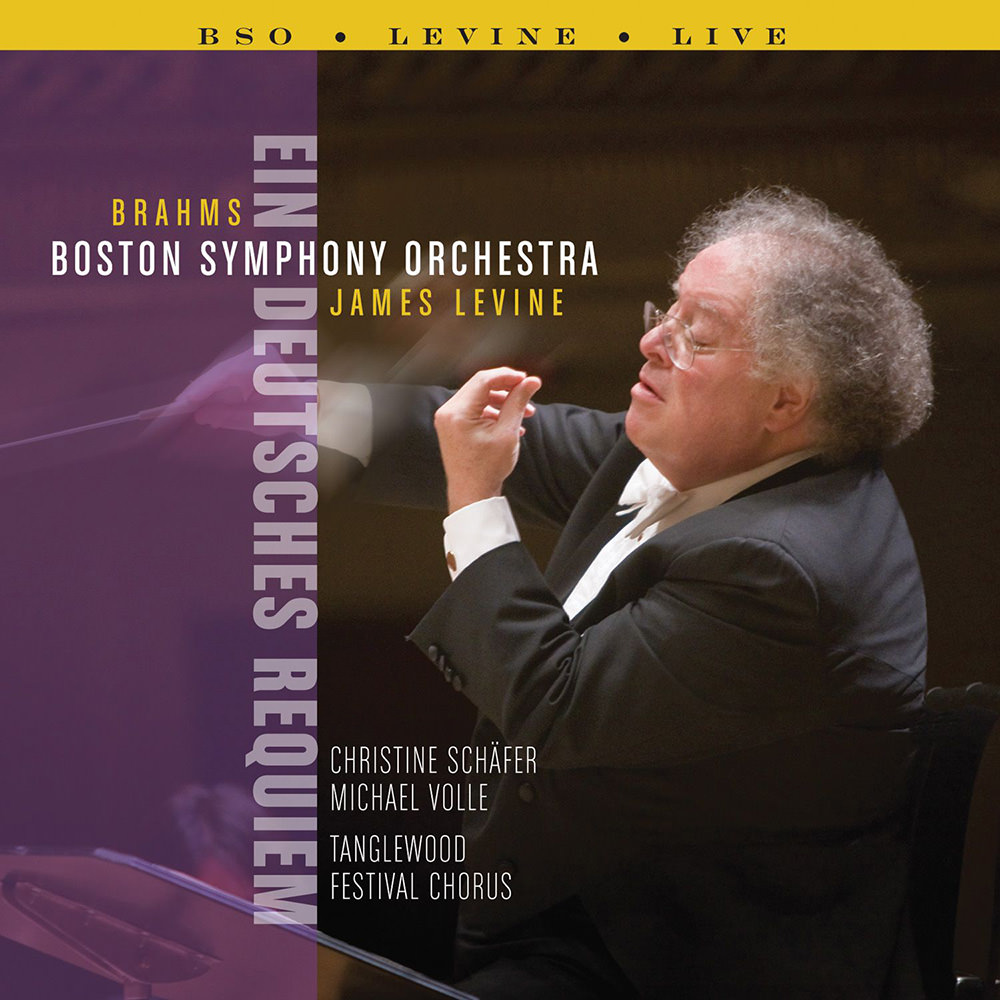 Available in 88.2 kHz / 24-bit AIFF, FLAC high resolution audio formats
"Levine was at the top of his game ... a powerful, sensitive and gripping account of Brahms’s taxing score. The performance was impressive in every way ... Brahms at his most powerful and moving ... Levine maintained an ideal balance between vocal and orchestral forces. Instrumental details were perfectly pointed and allowed to emerge clearly and naturally ... the solo singing was magnificent ... a performance that brought out all the drama and intensity of Brahms’s ambitious and heartfelt work." - ClassicalSource.com "What gives this recording its edge over other fine versions is the fact that it was captured 'live' ... transmitting a nervous energy, a collective goal by the participants, a raw enthusiasm and commitment often lacking from studio takes. There certainly is plenty of enthusiasm and commitment here on the part of everyone involved. (James Levine) certainly shapes and moulds all the forces involved and sets the pace and momentum perfectly well from start to finish ... the female voices of the choir seem to exhibit an angelic tone that fits this work very well ... recording captures and conveys well the power generated by the orchestral and choral forces in the second movement ... performed and captured in this live recording to ring as true today as it did at its Leipzig premiere in 1869." - Classical Music Sentinel This powerful live performance by the Boston Symphony Orchestra with former music director James Levine was recorded at their opening concert in 2008 and features guests including soprano Christine Schäfer, baritone Michael Volle, organist James David Christie and the 125 member Tanglewood Festival Chorus. "Brahms's German Requiem is one of the greatest works ever written." - James Levine
88.2 kHz / 24-bit PCM – BSO Classics Studio Masters