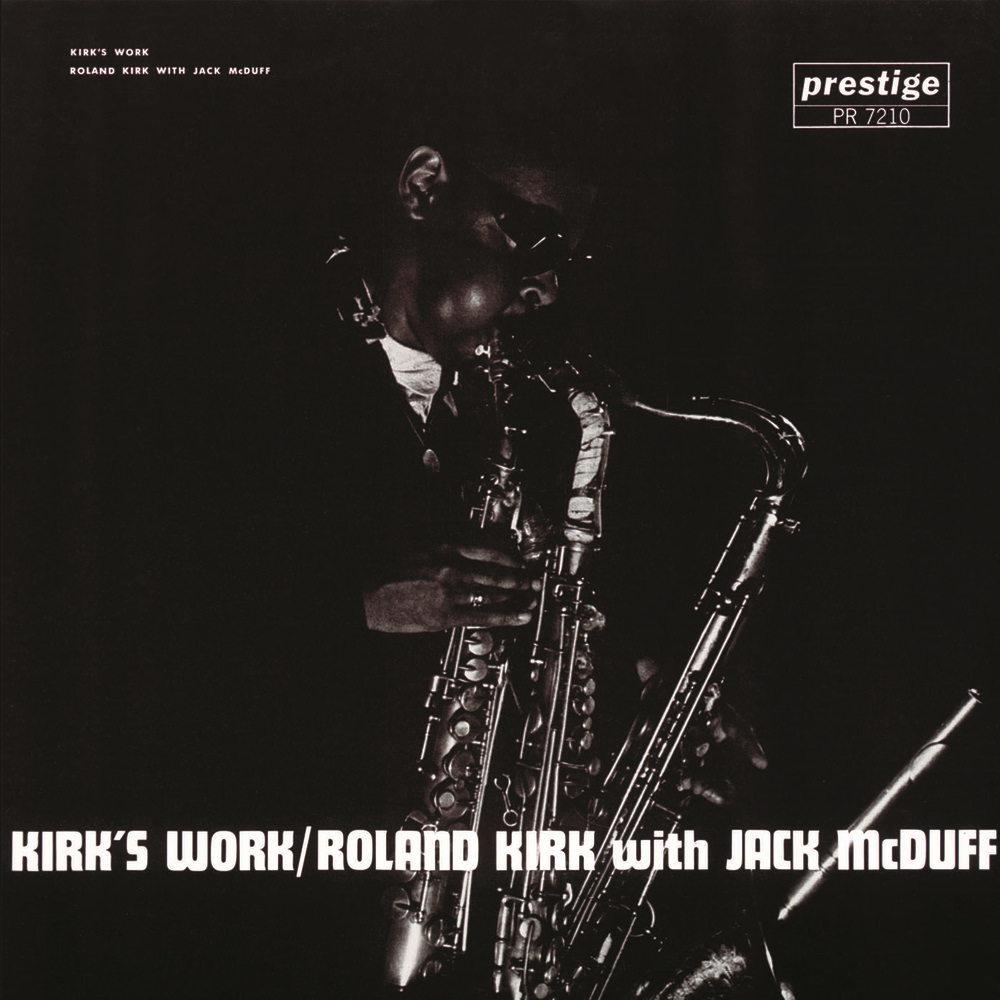 Available in 44.1 kHz / 24-bit AIFF, FLAC audio formats
"... a largely forgotten Kirk album, but one which generally deserves the classic reissue billing." - The Penguin Guide to Jazz Recordings "... this sublime date has its fair share of unusual subtle surprises, providing a few early examples of the man's twisted genius." - All About Jazz Roland Kirk, the amazing one-man saxophone section and sublime soloist, had yet to add "Rahsaan" to his name when he recorded this album in 1961. It wasn't yet quite clear to many, even people at the center of the jazz community, that Kirk's gifts went considerably beyond his gimmicky ability to play three horns at once. Gradually, it began to dawn on one and all that the man's almost superhuman energy and dedication were matched by musicianship based as firmly in tradition as in innovation. Eventually, it became possible to accept as parts of Kirk's kaleidoscopic expression those odd instruments, the manzello and the strich, not to mention the nose flute and kirkbam that he added later. And what a tenor saxophonist he was. Kirk's Work is a milestone in the brief, brilliant career of a major artist.
44.1 kHz / 24-bit PCM – Prestige Studio Masters