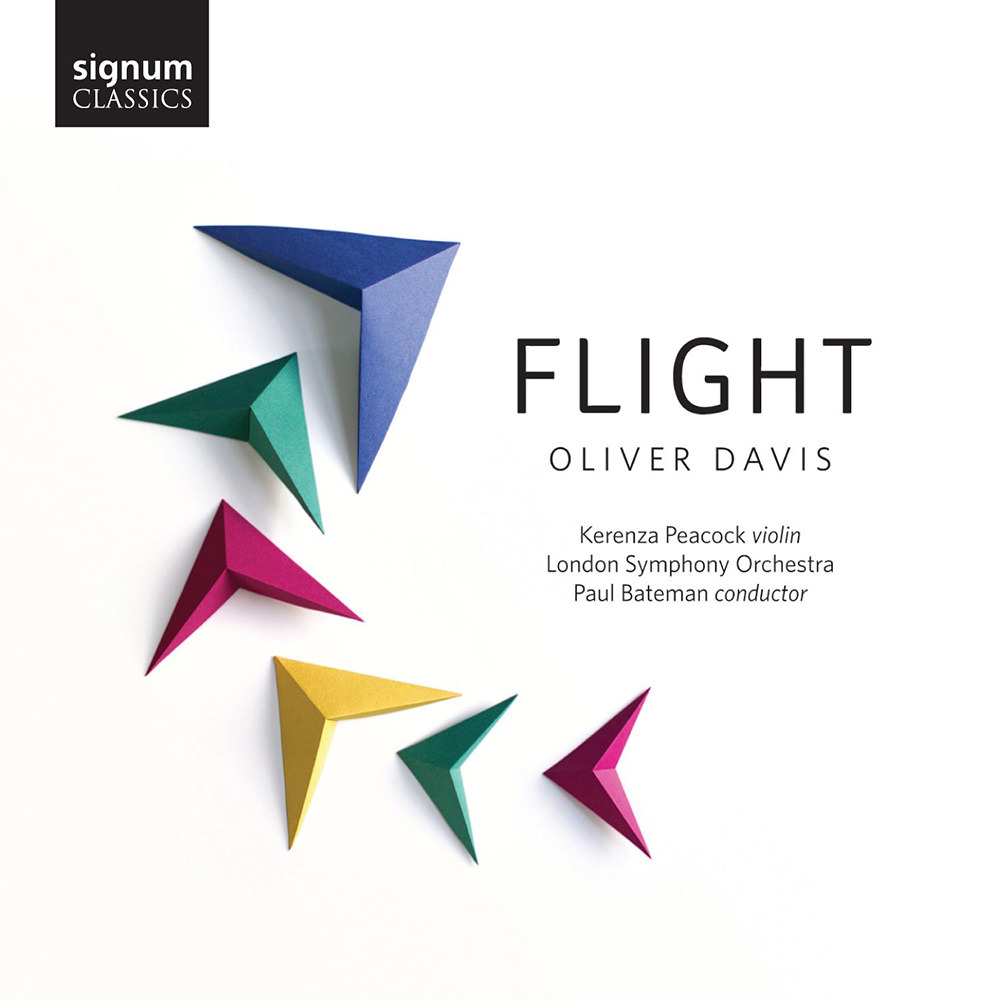 "... (I) find myself delightfully surprised by some unexpected music ... it’s joyful music: the kind that makes you want to press the repeat button on your player."
- MusicWeb International

"... full over movement and energy. It's spirited, lively and at times reminiscent of the music of Michael Nyman. Kerenza Peacock plays with great panache and verve."
- Classic FM

Flight was written by Oliver Davis for eclectic British violinist Kerenza Peacock, who performs these six world premieres accompanied by the London Symphony Orchestra under conductor Paul Bateman. The music on this highly praised 2015 release captures the spirit of movement and energy present in many of Davis’s compositions, which have led to frequent collaborations with groups such as the Royal Ballet and a great number of television commissions.
44.1 kHz / 24-bit PCM – Signum Records Studio Masters