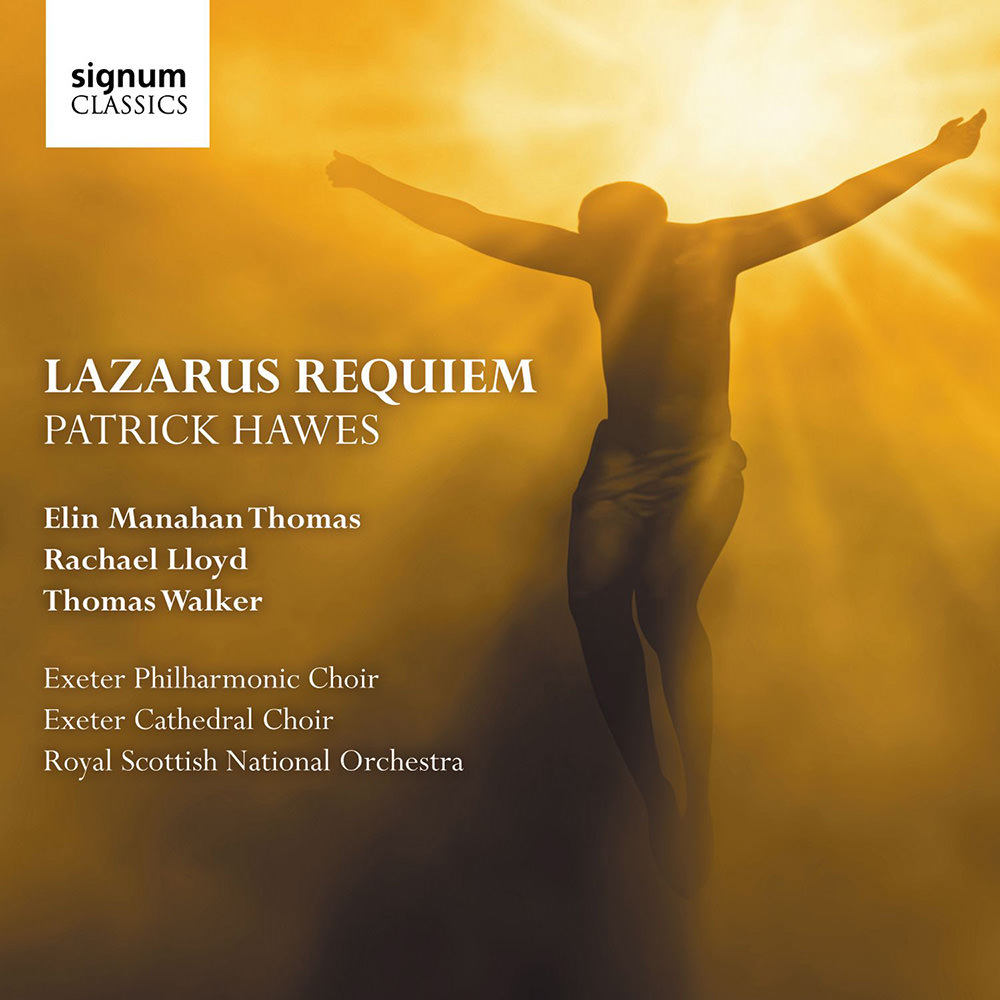 Available in 48 kHz / 24-bit AIFF, FLAC audio formats
"Patrick Hawes has carved out a niche as a contemporary composer who writes melodic, atmospheric and, frankly, beautiful music." - BBC Music Magazine "... (brings) into sharp relief Hawes's unerring gift for evocative orchestral texture and beautiful melodic line. In this regard he's brilliantly served by Thomas Walker as Christ: the young Scottish artist's glorious, youthful and effortless tenor rings out with utter conviction and real musical presence." - Choir & Organ "... accessible and melodious and sounds to be well written for the voices. The music is directly expressive and communicates itself to the listener. I should also imagine it’s rewarding to sing. The performance, under the composer’s direction, is a good one. Tenor Thomas Walker impresses in the role of Christ. His voice is clear and well-focused, he projects strongly and his diction is crystal clear ... the choral singing is excellent ... it is an attractive, sincere and thoughtful piece. This very good first recording should bring it to the attention of a wider audience." - MusicWeb International This album features the world premiere recording of the Lazarus Requiem by Patrick Hawes, written for choir, orchestra and soloists and conducted by Hawes himself. Blending liturgical text with the story of Lazarus from the New Testament, the composer creates a work in which the mystery of life and death, the pain of grief and the hope of a risen life are held in taut symmetry.
48 kHz / 24-bit PCM – Signum Records Studio Masters