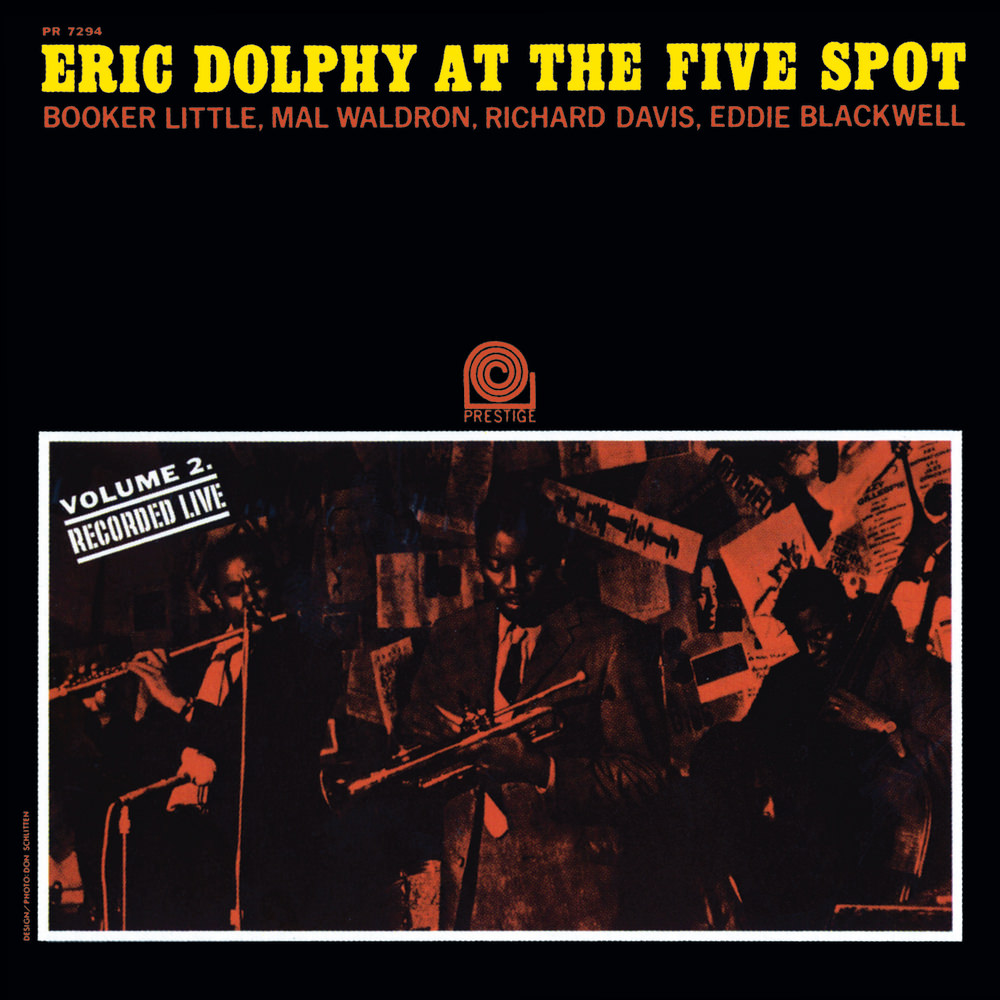 Available in 44.1 kHz / 24-bit AIFF, FLAC audio formats
"... legendary live recordings ..." - All About Jazz "... historically significant music that changed the fabric of modern jazz ..." - Audiophile Audition A document of Eric Dolphy's landmark two week run at the Five Spot in New York City with his legendary quintet during a heatwave in the summer of 1961. Only one show of the series was recorded, on July 16, a shame in retrospect considering the calibre of talent Dolphy had assembled on stage: Booker Little "co-starring" on trumpet, Mal Waldron on piano, Richard Davis on bass and Ed Blackwell on drums. That night's performance yielded three volumes of live material culled from the 10 extended length tunes recorded. This album includes the two bonus tracks Number Eight (Potsa Lotsa) and Booker's Waltz which were originally released on their own as Memorial Album. Less than three months after the Five Spot dates, Booker Little died. Less than three years after that, Dolphy himself was dead, predictably raising the stakes on any music he had recorded, let alone a once-in-his-lifetime quintet.
44.1 kHz / 24-bit PCM – Prestige Studio Masters