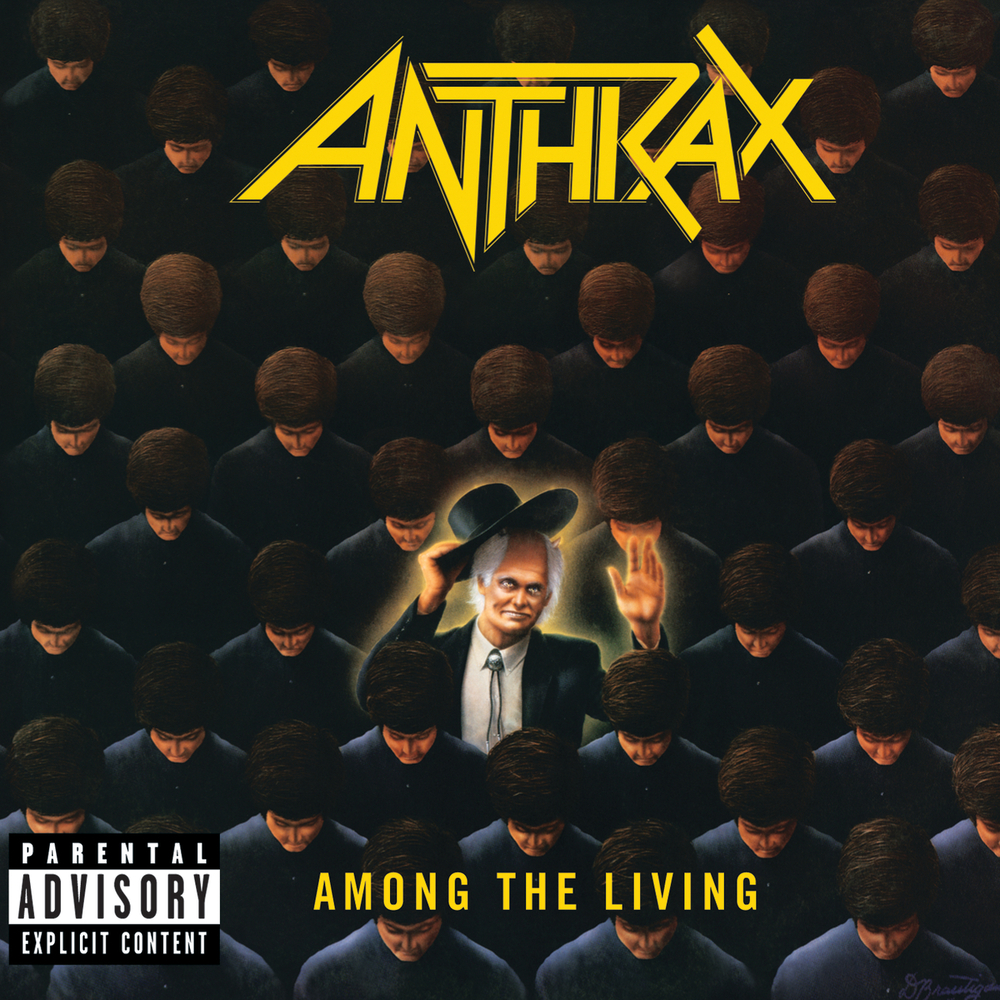 Available in 192 kHz / 24-bit, 96 kHz / 24-bit AIFF, FLAC high resolution audio formats
"... features some of their most memorable moments and is impressively consistent." - BBC "... a roaring, adrenaline-pumped collection of flailing beats, precise, razor-edged riffs and shout-along refrains." - Ultimate-Guitar.com "... secured Anthrax’s immortal standing amongst the 'Four Horsemen of the Thrash Apocalypse' with Metallica, Megadeth and Slayer." - Decibel Among The Living was the breakthrough album for Anthrax. Released in 1987, it was the band's third album and it catapulted Anthrax to widespread recognition. Building on an underground following with signature tracks such as I Am The Law, Caught In A Mosh and Indians, the album propelled the band from opening act status to arena headliner and earned Anthrax its first gold award. Among The Living also marked the height of the band's use of horror and comic book inspirations, with the title track and album cover image based on Stephen King's novel The Stand, A Skeleton In The Closet inspired by King's novella Apt Pupil, and I Am The Law based on the comic book character Judge Dredd. On some dates on the band's 2005-2006 tour, Among The Living was played in its entirety. "This record was done at a time when life was moving so fast for us, and I think the music reflects that pace. Thrash metal is alive and well in Among The Living." - Charlie Benante, drummer
192 kHz / 24-bit, 96 kHz / 24-bit PCM – Universal Music Group Studio Masters