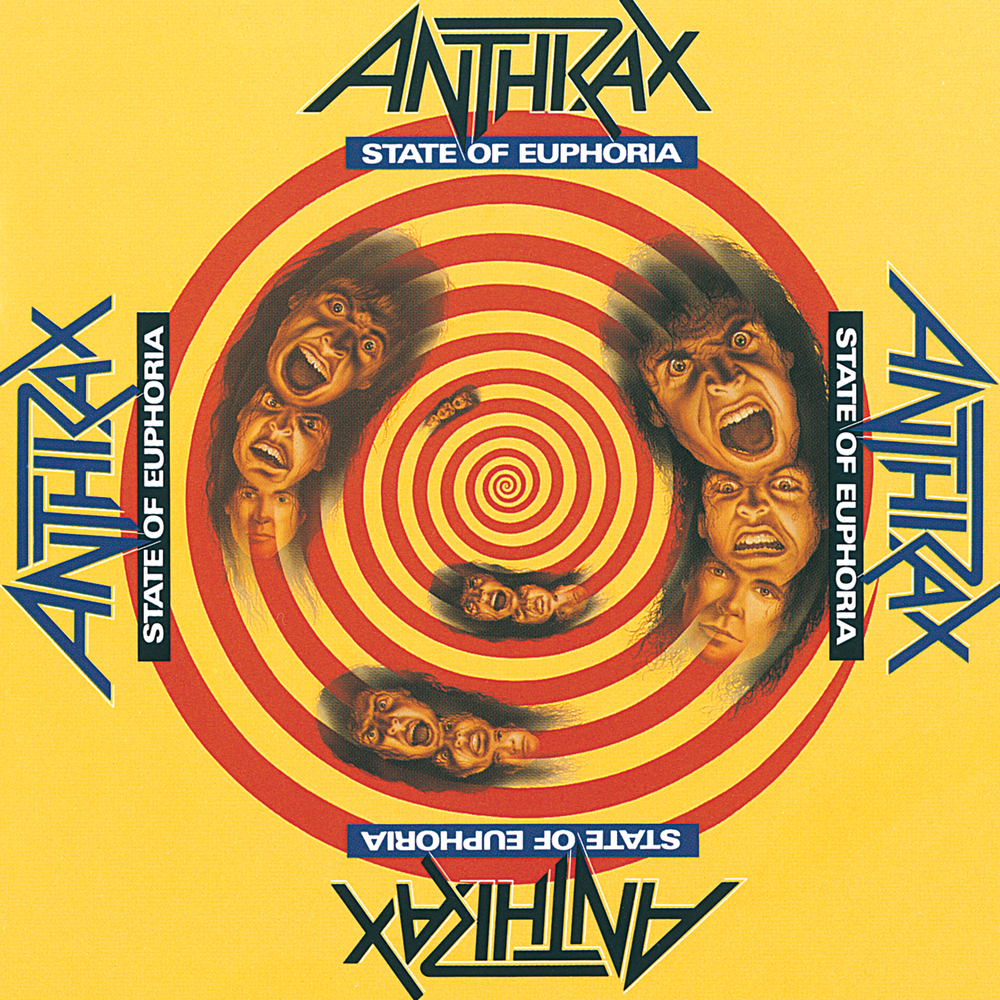 Available in 192 kHz / 24-bit, 96 kHz / 24-bit AIFF, FLAC high resolution audio formats
Billboard 200 - #30, 1988 "... without a doubt Anthrax’s finest work to date." - Metal Forces "... the tracklisting of this album reads like an Anthrax best-of in hindsight, the sheer catchiness of the material making it easy to love and hard to forget." - MetalReviews.com When it came time to write their fourth album, Anthrax was under pressure to repeat the success of their breakthrough album, 1987's Among The Living. This followup, released in 1988, continued the band's streak: it includes some of Anthrax's most familiar songs and was certified gold in both the US and Canada. State Of Euphoria also continued Anthrax's tradition of writing songs inspired and influenced by popular comics, films and literature: Misery Loves Company is based on Stephen King's Misery while Now It's Dark was inspired by the Dennis Hopper role in David Lynch's film Blue Velvet. The band commissioned Mad magazine artist Mort Drucker to draw their portrait for the back cover.
192 kHz / 24-bit, 96 kHz / 24-bit PCM – ISLAND RECORDS Studio Masters