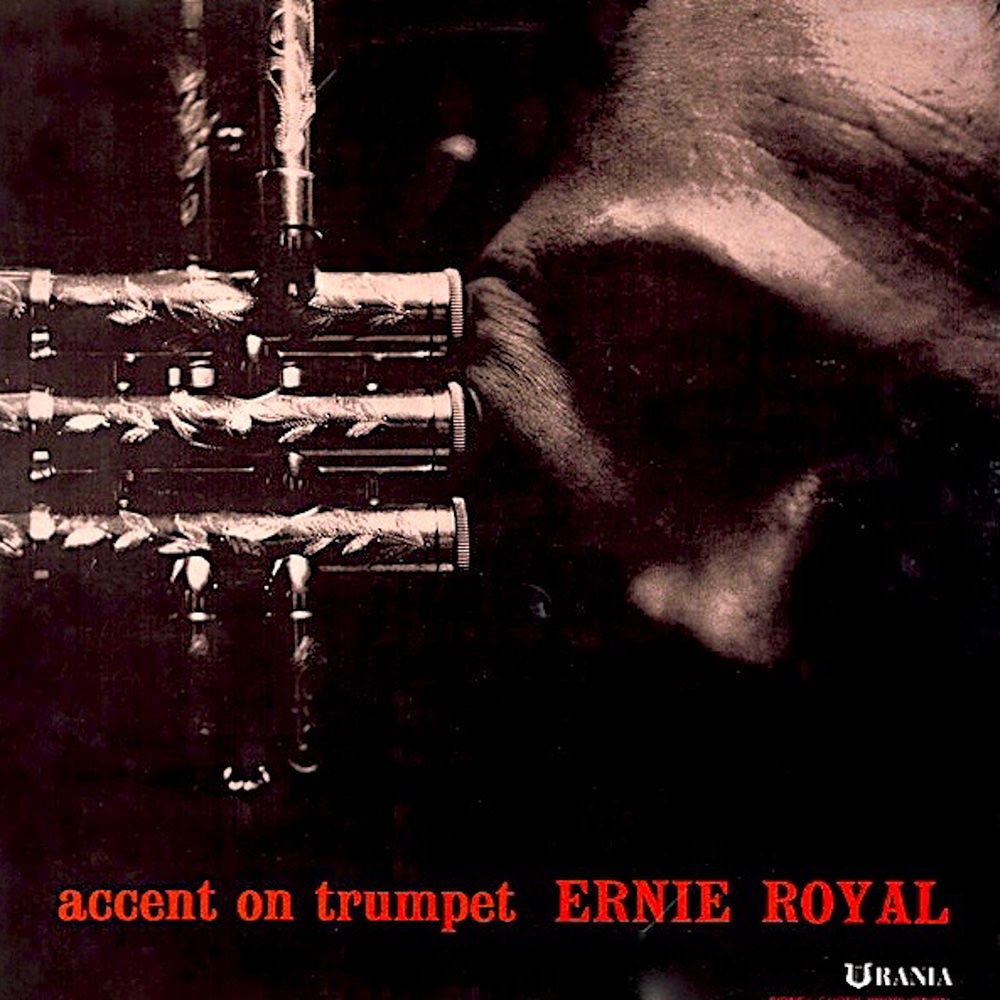 Available in 44.1 kHz / 24-bit AIFF, FLAC audio formats
In addition to performing with some of the greatest names in jazz, trumpeter Ernie Royal enjoyed a successful solo career from the 1950s through to the late '70s and played in one of the first versions of The Tonight Show orchestra after Johnny Carson became host. This compilation includes tracks Royal recorded in New York City with his sextet in 1955 along with material recorded while on tour in Paris in 1950 with members of Duke Ellington's band and local musicians.
44.1 kHz / 24-bit PCM – Urania Records Studio Masters

This album is a high-resolution digital transfer of material originating from an analogue master source. It may contain noise, distortion or other artifacts, and may also contain audio which is limited in bandwidth or dynamic range, due to the technology used at the time of its original creation. As such, it is offered as a high-resolution documentation of a historical release. Tracks 6 - 10 – contains monophonic material - i.e., both channels are identical