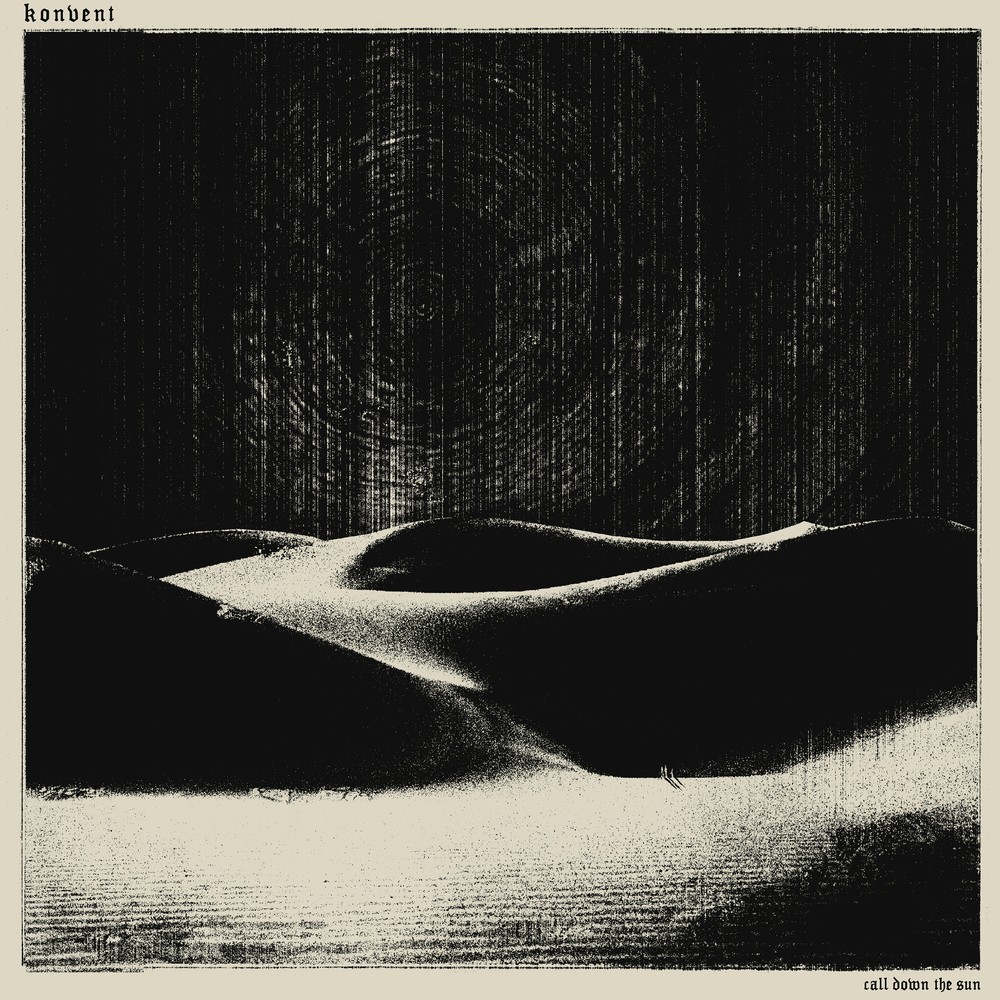 Call Down the Sun

Available in 44.1 kHz / 24-bit AIFF, FLAC audio formats
After their debut full-length album, Puritan Masochism, took the entire doom and heavy metal scene by storm upon its release in 2020, critically acclaimed Danish blackened death doom outfit Konvent returns with a sophomore offering that doubles down on the band’s songwriting talent and brutal, heavy sound! The sonic evolution of Konvent over the course of just two years is immediately evident on Call Down The Sun, surprising with new elements at every turn. Undoubtedly inspired by recent dark times, the ongoing pandemic and cancellation of live performances, the new album sees the Copenhagen-based band more pissed off, fast-paced and pitch black throughout. Rikke Emilie List’s guttural, sublime growls and fierce screams perfectly integrate with a heavy as hell wall of blackened death and funeral doom metal riffs from guitarist Sara Helena Nørregaard, backed by a thick, profound rhythm section provided by bassist Heidi Withington Brink and drummer Julie Simonsen. Tracks such as “Grains” – a ground-shaking, stomping black doom metal epos that will be a must-hear on Konvent’s upcoming live setlists – showcase the band’s deep black soul with a hint of post-metal and even progressive elements. Featuring a haunting violin and cello guest performance by Felix Havstad, the band creates dark, eerie yet epic atmosphere on “Harena”, revealing threatening yet beautiful facets of their sound. With songs such as “Pipe Dreams” and massive album opener “Into the Distance”, the four-piece unleashes hurricanes of blackened death doom metal. Recorded and mixed by Lasse Ballade at Ballade Studios, Sweden and mastered by Brad Boatright at Audiosiege Studio, the new album’s thunderous apocalyptic sound is impossible to escape. Call Down The Sun a refreshing, vibrant record that is not only poised to top 2022 Album Of The Year lists, but reign as one of the best death and blackened doom metal records of modern times!
44.1 kHz / 24-bit PCM – Napalm Records Handels Studio Masters