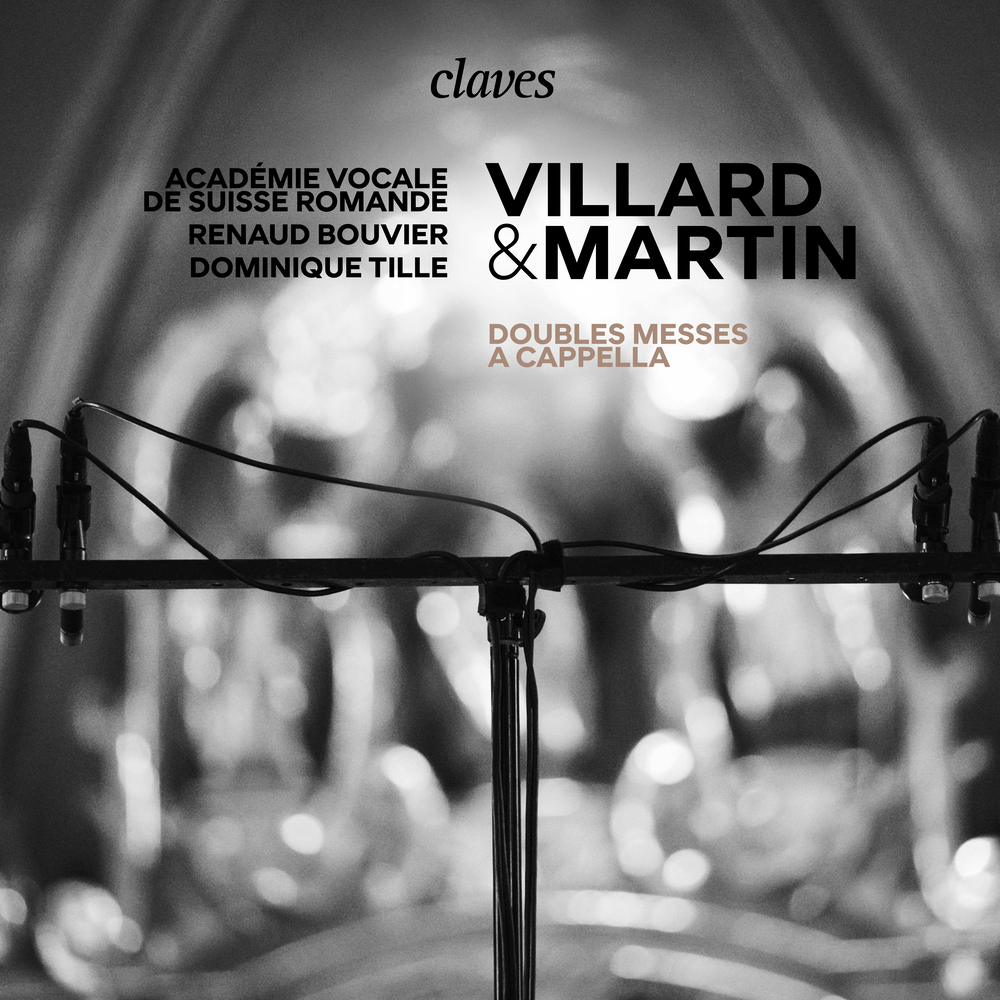 Available in 96 kHz / 24-bit AIFF, FLAC high resolution audio formats
The Mass for double choir a cappella by Frank Martin is one of the most traveled monuments of the repertoire and the Mass for six voices by Valentin Villard (World Premier Recording) could well follow suit. 90 years separate these two works. However, an obvious relationship exists between Frank Martin and Valentin Villard. Everyone develops their own harmonic language from contemporary usages, everyone seeks lines of great vocality, everyone explores the orchestral dimension of the juxtaposition of human voices, everyone puts their writing at the service of the expression of interiority, without affectation, with total sincerity, with the same ethical and artistic aim. Frank Martin wrote his Mass for double choir a cappella in 1922 (except the Agnus Dei which dates from 1926), but did not intend it to be performed in public, nor even published. It was not until the end of World War II, when composing In Terra pax , that he considered writing sacred music for the public. And it was only after composing Golgotha , The Mystery of the Nativity , Pilate , Psalms of Geneva and the Maria Triptychon that he agreed to satiate the curiosity born around this Mass , created only in 1969. The rest is known: the Massby Frank Martin has become one of the composer's most popular works. Of formidable execution, the Mass for double choir is composed in a language that is nevertheless very simple, modal, diatonic, which only anticipates by far the refinement and the strong personality of Martin's works from the Vin herbé onwards. Valentin Villard 's Mass for Six Voices is written for a cappella choir and a sextet of soloists from the choir. In this sense it is also a mass with two choirs, one of which is contained in the other. Written between 2008 and 2011, it is one of the few pieces by the young composer that has not been commissioned. Its language is ample, generous, dense, exploring the orchestral dimension of the choir, always basing itself on the tonality, moving away from it, giving rise to refined and precise harmonic clouds by means of astonishing random passages. Its execution is also very delicate: through the simplicity of the writing unfolds a musical density and a depth which are now the hallmark of the composer. By recording the two Masses by Frank Martin and Valentin Villard, the Vocal Academy of French-speaking Switzerland proposes to compare two works which maintain a very strong bond of filiation. The AVSR also intends to show here its close collusion with the composers of the Romandie of yesterday and today.
96 kHz / 24-bit PCM – Claves Records Studio Masters