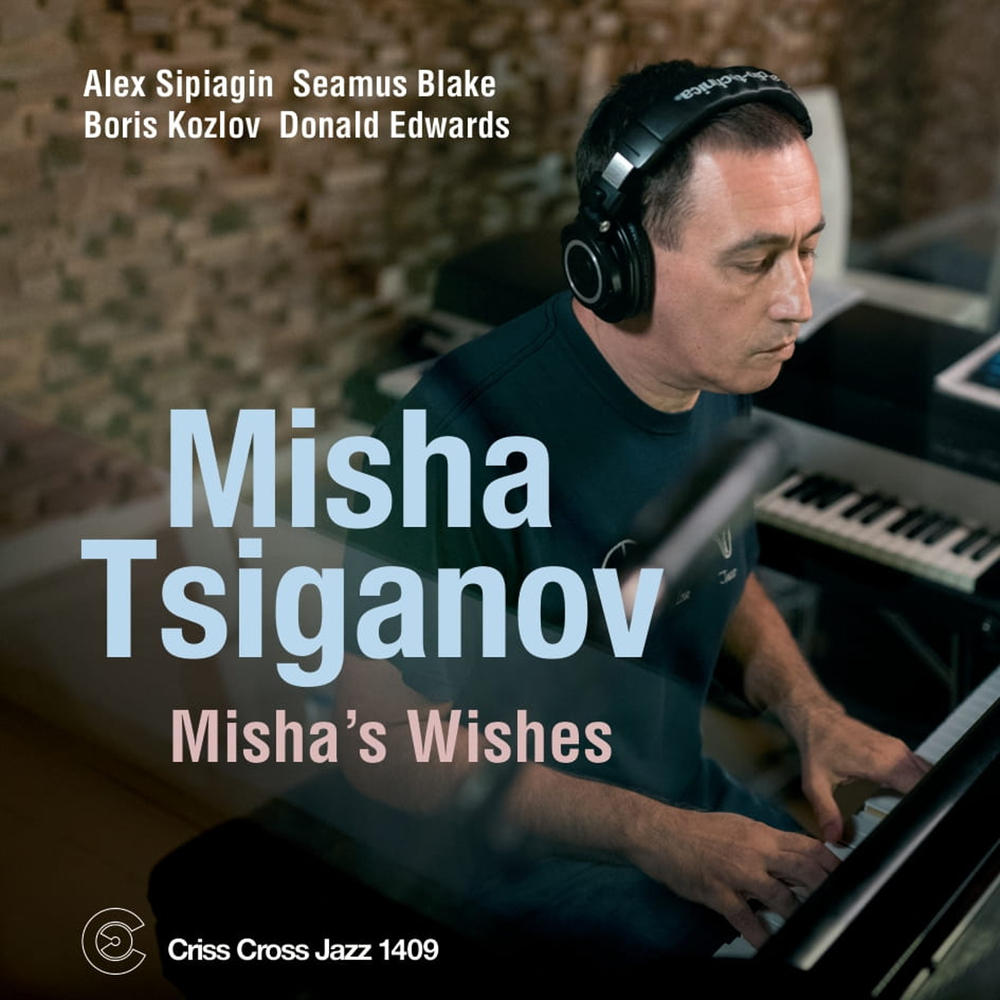 Available in 96 kHz / 24-bit AIFF, FLAC high resolution audio formats
Misha Tsiganov, who lived in Leningrad in the former Soviet Union until he emigrated to the U.S. in 1991, at 25, has never shied away from a challenge. That’s apparent from the levels of complexity that Tsiganov embeds in the 18 arrangements and 9 originals on his three prior Criss Cross albums. Tsiganov’s latest, Misha’s Wishes, doesn’t eschew technical complexity. But the feel of this sophisticated, emotionally nuanced program – performed by old friends trumpeter Alex Sipiagin, tenor saxophonist Seamus Blake, bassist Boris Kozlov and drummer Donald Edwards, themselves leaders of multiple Criss Cross dates, with whom Misha Tsiganov feels such simpatico that he once postponed a recording session until all were available – is different than its predecessors.
96 kHz / 24-bit PCM – Criss Cross Jazz Studio Masters