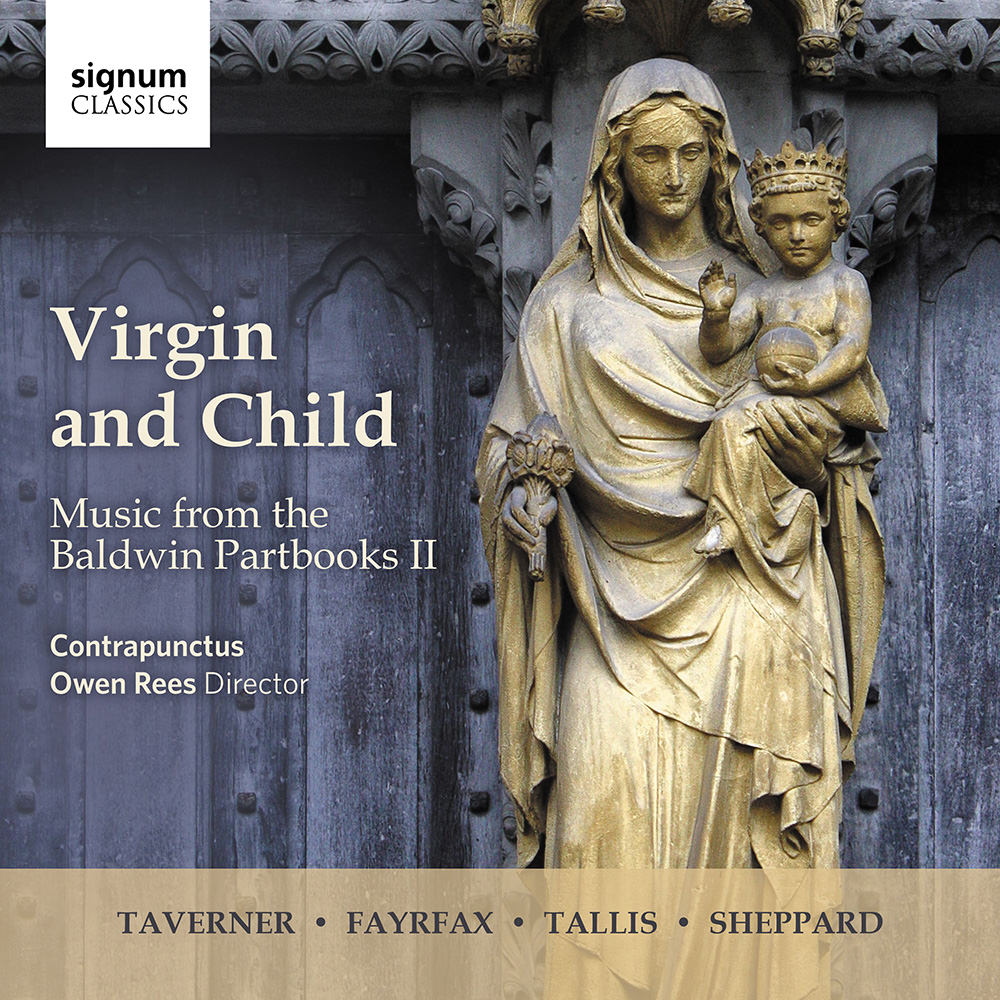 "... Contrapunctus is the ideal group for this superb repertoire."
- Early Music Review

British early music consort Contrapunctus returns for the second release in a series centred on the Baldwin partbooks. John Baldwin was a member of the choir of St George’s chapel, Windsor and his transcriptions during the 1570s and 1580s constitute one of the greatest surviving collections of Marian polyphony, composed during the reigns of Henry VIII and Mary Tudor. This volume explores texts celebrating the Virgin and her child; Mary as mother of God. Led by Owen Rees, Contrapunctus couples passionate interpretations with authoritative insight and understanding.
96 kHz / 24-bit PCM – Signum Records Studio Masters