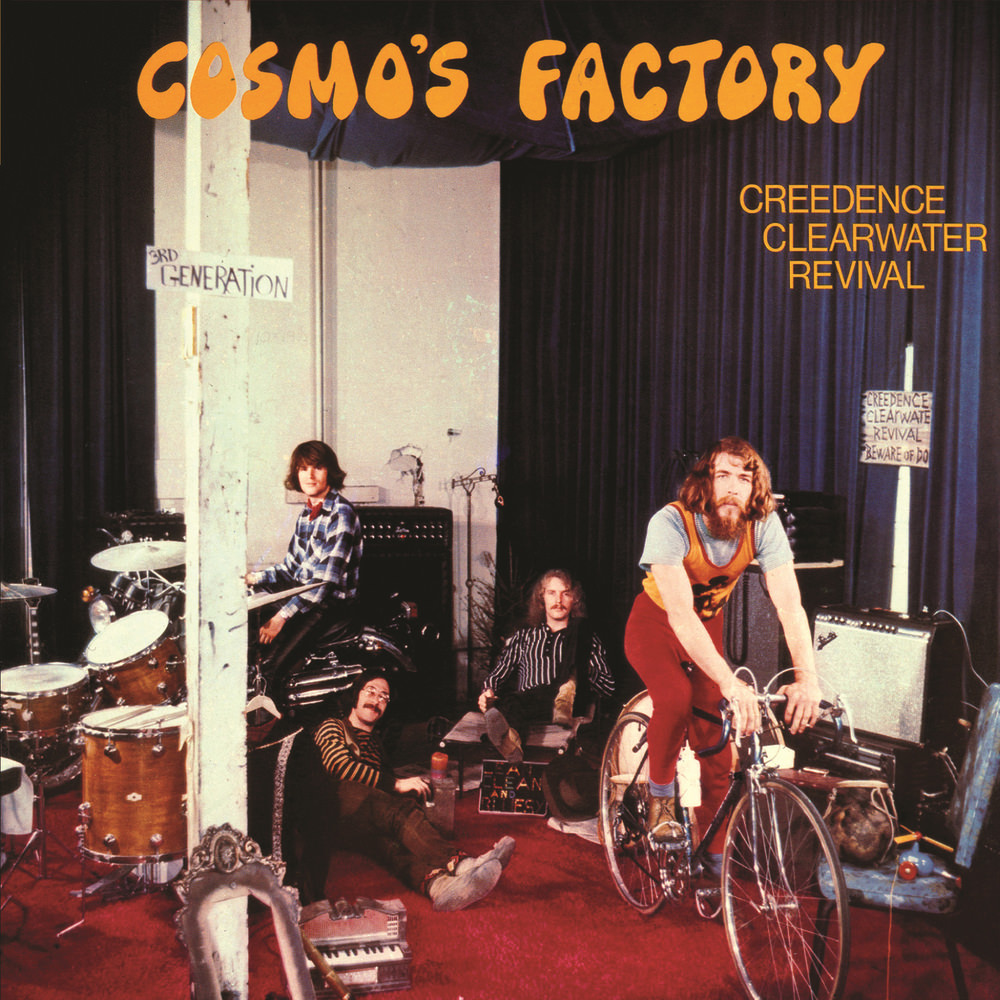 Available in 96 kHz / 24-bit AIFF, FLAC high resolution audio formats
Billboard 200 - #1, 1970 "It should be obvious by now that CCR is one great rock and roll band. Cosmo's Factory is another good reason why ..." - Rolling Stone "... the band’s most sustained full-length studio effort and a masterful mix of the band’s multifaceted strengths." - PopMatters.com "From the songbook of one of the most prolific and talented groups around comes this highly enjoyable album. The high standard of lyrical quality and musical coordination which has helped put CCR on the top rungs of the chart ladder is maintained throughout the production, making it another natural winner for the group." - Billboard Cosmo’s Factory was the fourth and biggest of the string of five top 10 albums Creedence Clearwater Revival released in 1969 and 1970. Included were three double A side top five singles (Travelin’ Band/Who’ll Stop The Rain, Up Around The Bend/Run Through The Jungle and Lookin’ Out My Back Door/Long As I Can See The Light) and covers from Marvin Gaye (CCR’s signature take on I Heard It Through The Grapevine), Bo Diddley, Roy Orbison and Arthur “Big Boy” Crudup. Cosmo's Factory hit number one on album charts in six countries ands has sold over four million copies in the US alone. "When I did Cosmo’s Factory, in my mind, it was sort of, at the time, a culmination. I was really kind of going to pack it full, thinking that I was then going to turn a corner and go off into a new place. Unfortunately, there was so much tension within the band that the new place wasn’t necessarily happy. When I look back now, I can sure see how pretty amazing Cosmo’s Factory is. There’s at least six charted singles on that album, I mean that’s kind of like Michael Jackson territory. But at the time I just sort of took that in stride. That was what we were doing back then." - John Fogerty
96 kHz / 24-bit PCM – Fantasy Records Studio Masters