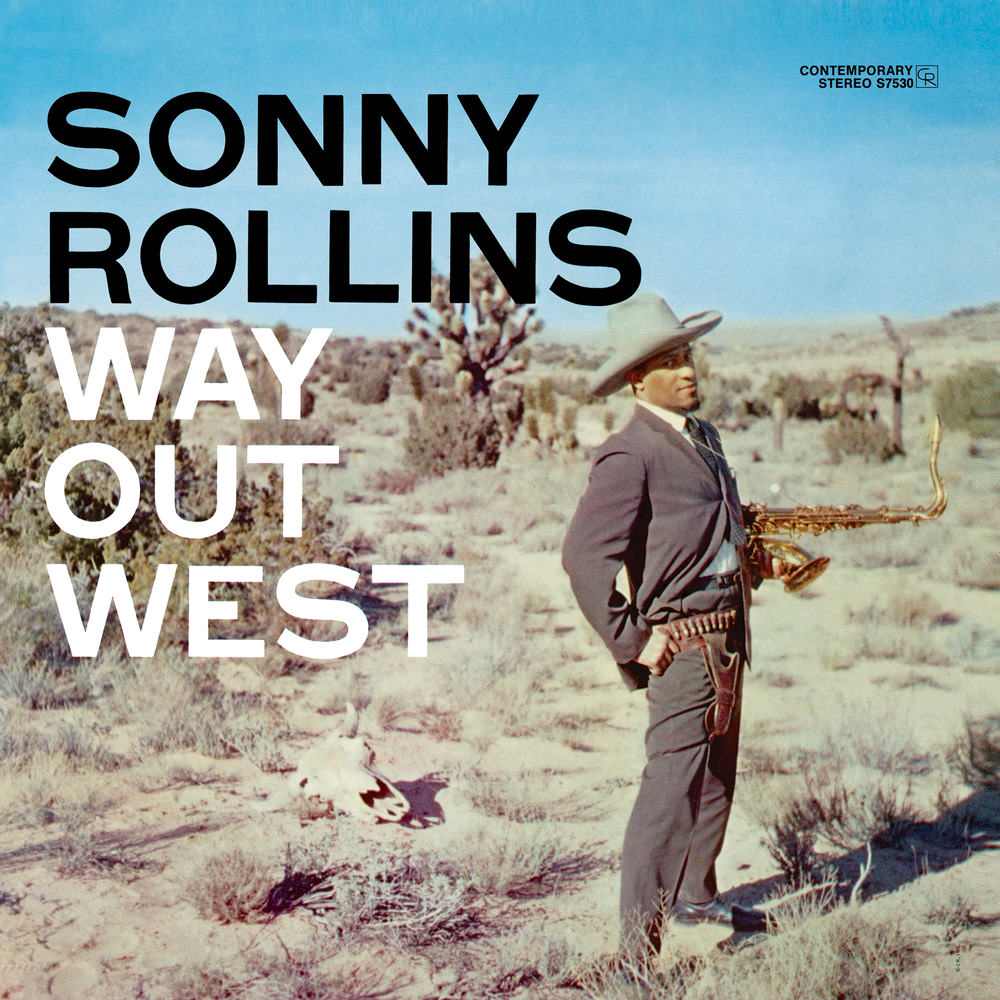 Available in 192 kHz / 24-bit, 96 kHz / 24-bit AIFF, FLAC high resolution audio formats
"Four Stars ... most influential. Hearing it was Courtney Pine's induction into jazz sax and many others tell the same story ... (Rollins is) off on one of his odysseys of seamless runs and biting accents over Brown's driving pulse. He's luxuriously wayward on Duke Ellington's Solitude and swaggeringly productive on the uptempo Come, Gone, the album's standout episode ..." - The Guardian "The tenor trio format is full of wide-open spaces. How appropriate that this format would be chosen by Rollins for a recording entitled Way Out West ... Rollins’ playing is immediately attractive because of his muscular harmonic conservatism. Where he might have never have licked every scalar corner in existence as Coltrane did, he does always perform at the highest level. Way Out West remains a standard for this higher level." - All About Jazz "... an homage to the Wild West and the Westerns of his youth ... Sonny opted for minimalist structure (tenor sax, bass and drums), themed songs (mostly Western-oriented tunes) and a clip-clop feel ... an odd card in Sonny's deck ... today, Way Out West is as mighty and as personal as any of (his) previous releases. Turning a childhood fantasy into a work of art came with high risks, of course, exposing Sonny to potential ridicule. But Sonny didn't care and the result is an ecstatic recording that connects with the listener's inner child and aesthetic sensibility." - JazzWax.com Recorded and released in 1957, this groundbreaking jazz-country album features Sonny Rollins accompanied by Ray Brown on bass and drummer Shelly Manne, with no pianist. Rollins chose cover songs and wrote originals that captured his love of the Western movies he grew up watching, with their themes of independence and self-sufficiency. "I was so moved by the West that I wanted to record songs that expressed how I felt and how much those movies I saw as a kid meant to me ... all of the things in my past from watching those movies were in there. I was really living out my Lone Ranger thing ... all the songs I knew. By going to the movies so much as a child in the '30s, I was tuned in to Western popular music themes ... I said, 'Let’s make a concept album about the West,' which would evoke my feelings and the whole Western thing." - Sonny Rollins
192 kHz / 24-bit, 96 kHz / 24-bit PCM – Prestige Studio Masters

This album is a high-resolution digital transfer of material originating from an analogue master source. It may contain noise, distortion or other artifacts, and may also contain audio which is limited in bandwidth or dynamic range, due to the technology available at the time of its production. As such, it is offered as a high-resolution documentation of a historical release. Tracks 1 - 6 – 48 kHz / 24-bit PCM, mastered in 96 kHz / 24-bit