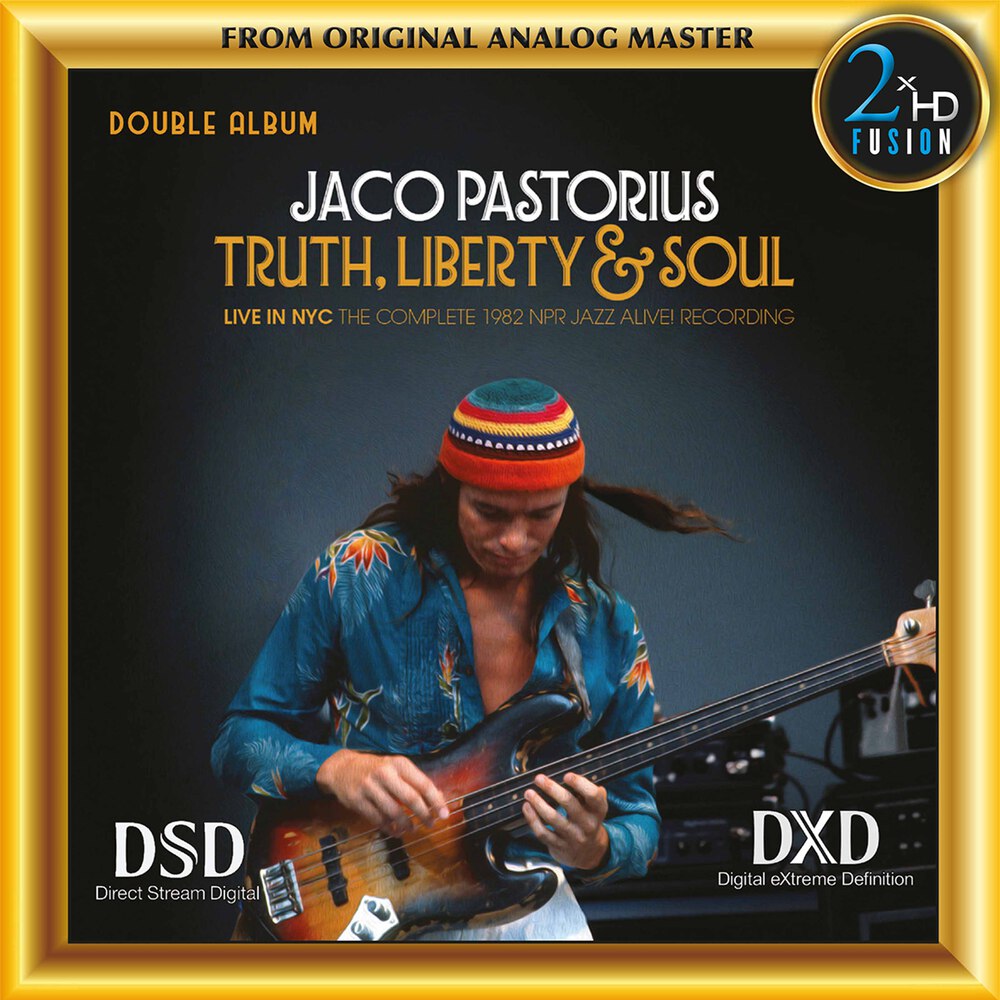 Available in 352.8 kHz / 24-bit, 192 kHz / 24-bit, 96 kHz / 24-bit AIFF, FLAC and 11.2896 MHz, 5.6448 MHz, 2.8224 MHz DSD high resolution audio formats
"... a musical genius at the height of his powers, leading a big band of his equally talented peers through 14 selections as fresh as their recording dates from the period ... it just cannot get any better than this ... I should be grateful we had him and this music." - All About Jazz A first-time release comprising over two hours of extraordinary, groundbreaking high fidelity music, this live album from electric bass genius Jaco Pastorius and the Word of Mouth Big Band, featuring guest harmonica virtuoso Toots Thielemans, was recorded at Avery Fisher Hall in New York City in June 1982 and is presented from beginning to end exactly as it happened. Mastered with 2xHD’s proprietary Fusion Process, it is now available in all high-resolution formats on the 2xHD label, adding the stunning clarity of DXD technology! In addition to his extraordinary skill on the bass, Pastorius was also developing into an accomplished and sophisticated composer and arranger and those talents are gloriously on display here. He was inducted into the Down Beat Jazz Hall of Fame in 1988, one of only seven bassists so honored (and the only electric bassist). His legacy as a bass innovator continues to this day, more than thirty years after his untimely death in 1987.
352.8 kHz / 24-bit, 192 kHz / 24-bit, 96 kHz / 24-bit PCM and 11.2896 MHz, 5.6448 MHz, 2.8224 MHz DSD – 2xHD Studio Masters