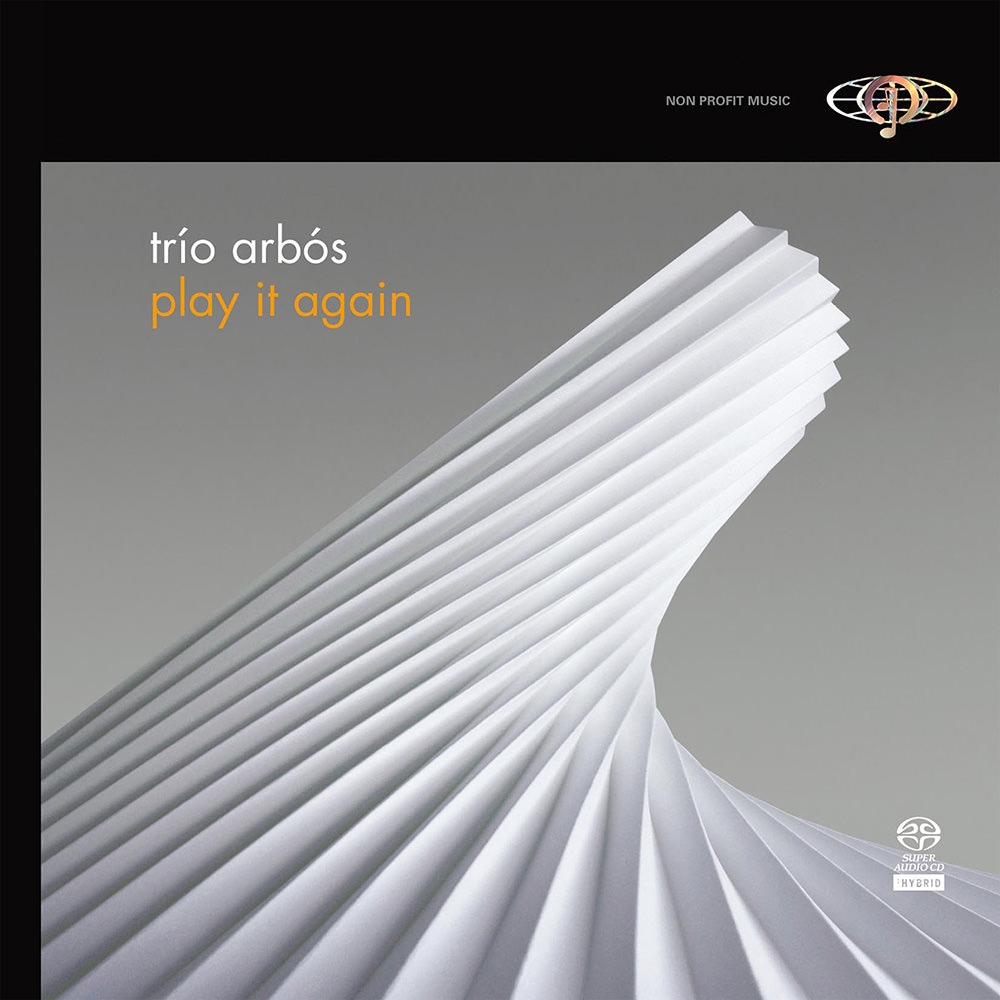 "... reaffirms the credentials of Trío Arbós as among the most inclusive and forward-thinking of chamber ensembles ..."
- Gramophone

"The works are modern yet accessible; they gratify on both emotional and cerebral levels ... a very attractive collection ... the performances are devoted. In the hands of the Arbós the music comes alive; each note is in breathing motion ... the lyrical moments throb, the quiet tiptoe, the loud are explosive. The rhythms are gripping. The performers do not spread the music too thin: it is compact and energetic ... these are enthusiastic performances, as irresistible as this music deserves ... sound quality is excellent; the recording is very clear, deep and resonant ... the disc is called Play It Again and I definitely will."
- MusicWeb International

"The most interesting melody on this disc, however, is at the beginning of Marjan Mozetich’s Scales of Joy and Sorrow. It grabs you by the ears and holds you fast for a while, but ends up letting you know that the composer is not going back to the 19th century. He is giving you a 21st century development of the folk song he first presented ... since the players are closely miked, the instruments are well separated and the balance is optimal. You never lose track of any instrument, not even the cello when it plays low tones. All of the compositions are interesting and the level of musicianship on the part of the players is excellent."
- Fanfare

This album from prestigious, award-winning Spanish chamber ensemble the Trío Arbós features works for piano trio written in the 20th and 21st centuries by composers including Kenji Bunch, Marjan Mozetich and Elena Kats-Chernin. The pieces are sequenced as if presented in a live concert, complete with an "encore" selection by Chick Corea.
48 kHz / 24-bit PCM – Non Profit Music Studio Masters