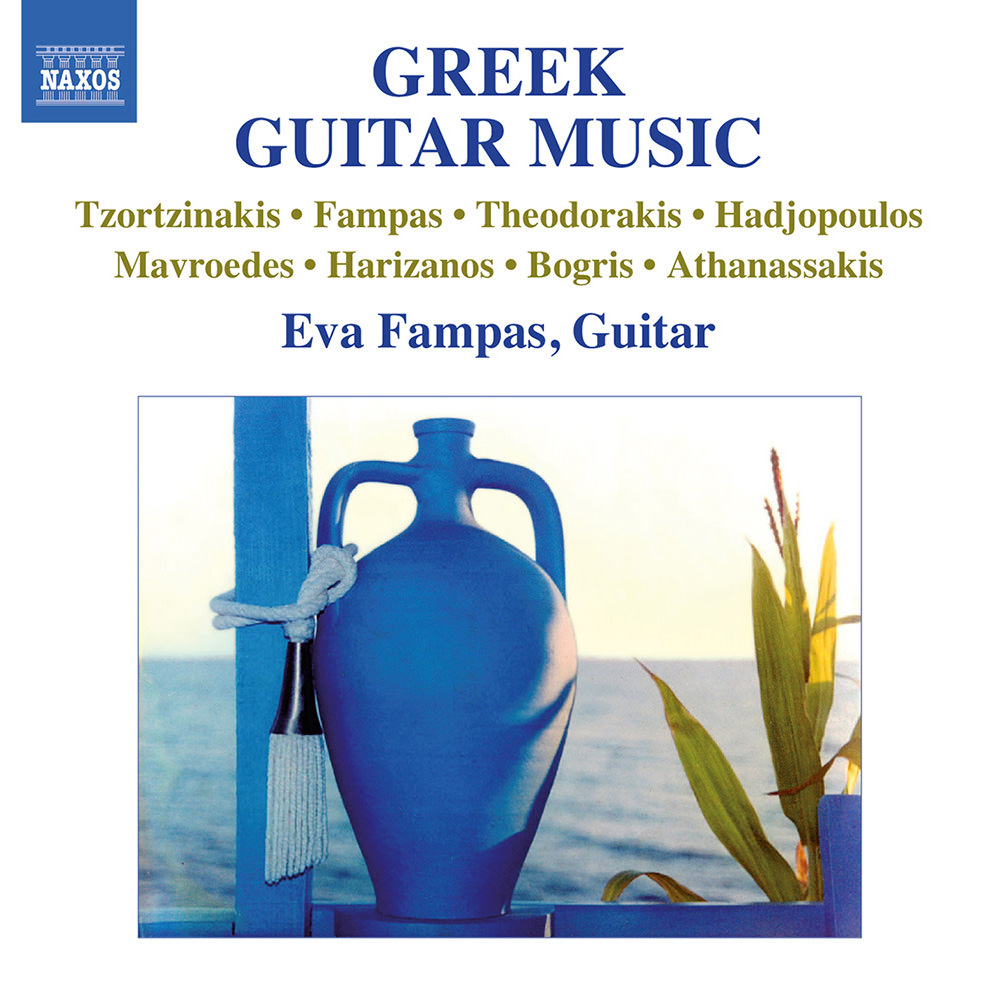 Influenced by Andrés Segovia, guitar music in Greece saw its heyday in the 1950s. Soloist Eva Fampas is the daughter of Dimitris Fampas, a leading figure who was taught by Segovia and helped create a globally admired school of playing which has nourished generations of musicians. The music on this 2014 album is representative of the new generation of Greek guitarist-composers, with national sounds and rhythms easily recognised in works such as Kyriakos Tzortzinakis’s vividly descriptive Four Greek Images and Taygetus, dedicated to Fampas by its composer Nikos Athanassakis. Includes six world premiere recordings.
44.1 kHz / 24-bit PCM – Naxos Studio Masters