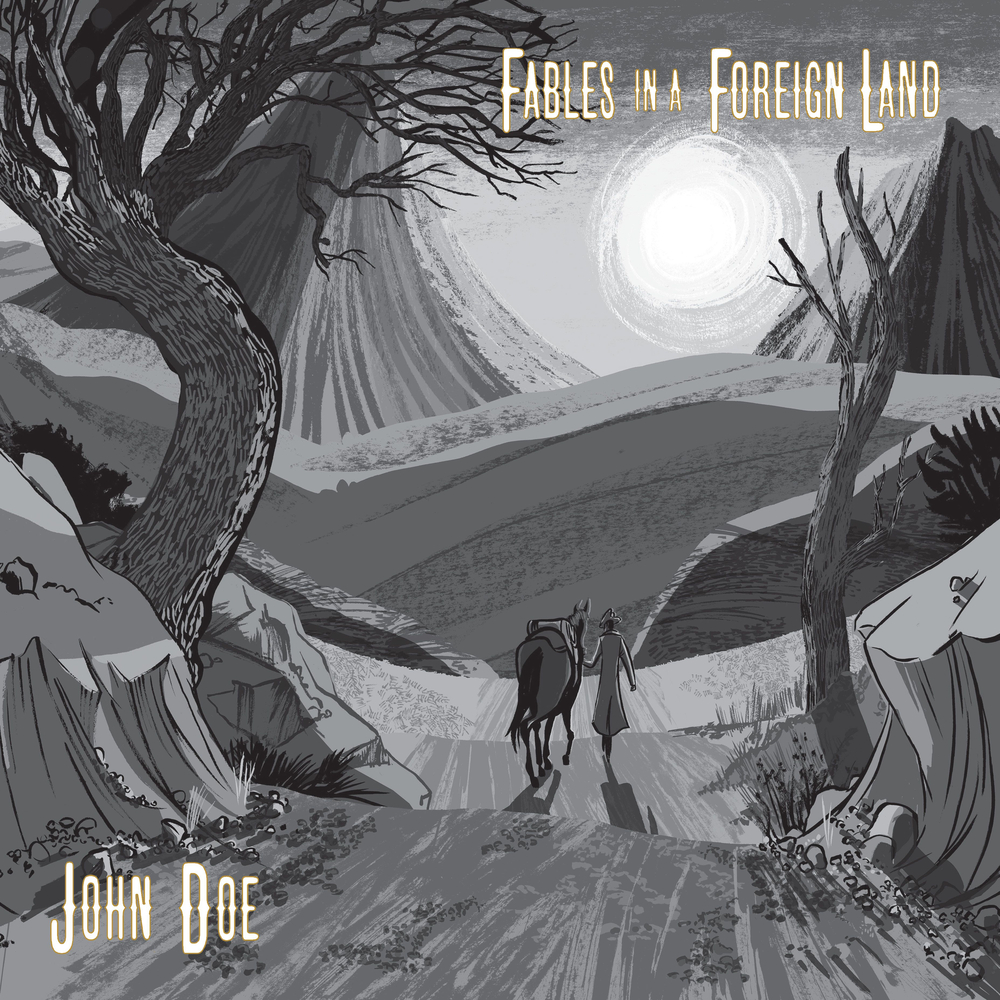 Fables in a Foreign Land

Available in 48 kHz / 24-bit AIFF, FLAC audio formats
Punk rock pioneer with X, songwriter, poet, actor, solo artist, published author...folk musician. With Fables in a Foreign Land, the debut release from The John Doe Folk Trio, his tales are now set in the pre-Industrial Era. And though many of the 13 songs were written over the last three years, the sound was born in loose weekly backyard jams on Kevin Smith’s (Willie Nelson and Family) patio. “I guess Fables in a Foreign Land is my version of folk music. It started by being sick of musicians that play too much and having to orchestrate or arrange songs. ‘What if it was just less?’ Everyone says less is more, but you have to figure out for yourself what that means. I didn’t do a deep dive into folk music and concern myself with what was ‘traditional,’ it was just an outgrowth of trying to strip the songs down to the basics.” Singles include contributions from outsider country polymath Terry Allen on “Never Coming Back,” Los Lobos’ Louie Perez on “El Romance-O,” and fellow X bandmate Exene Cervenka and Shirley Manson (Garbage) on “Destroying Angels.”
48 kHz / 24-bit PCM – Fat Possum Studio Masters