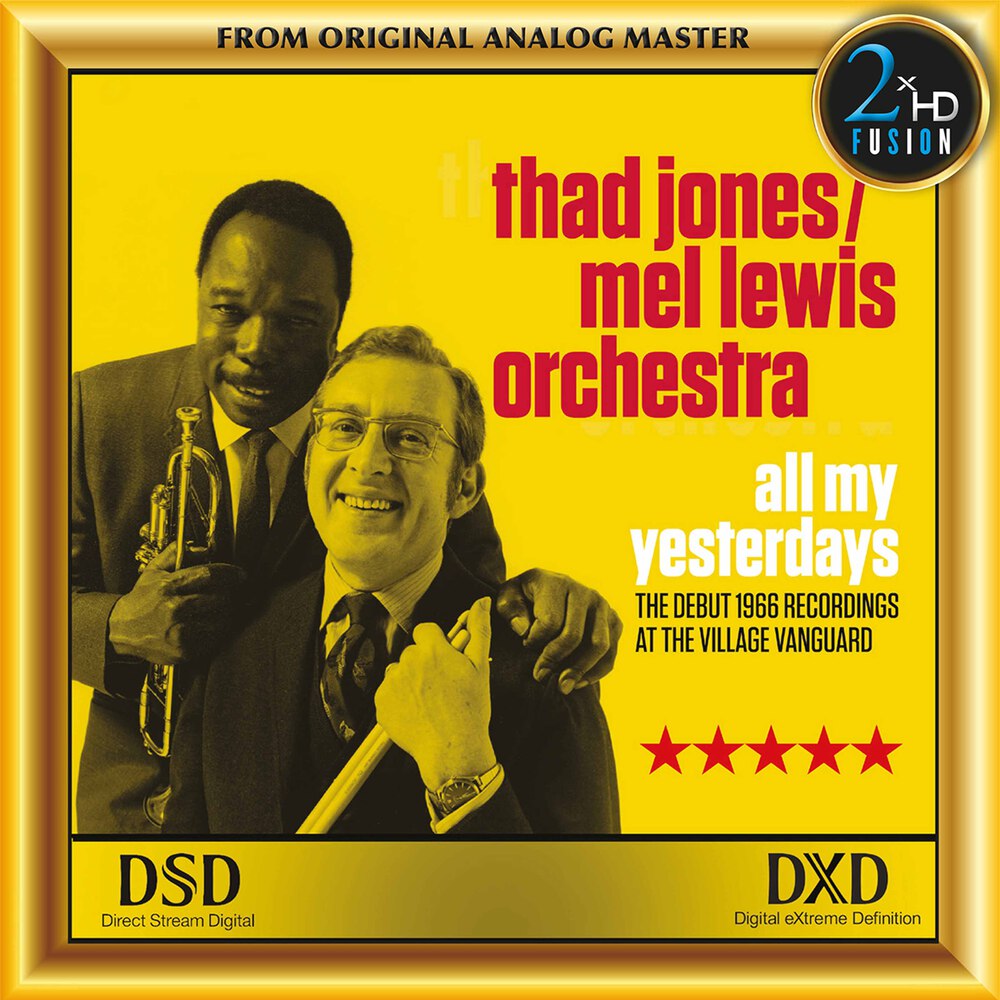 Available in 352.8 kHz / 24-bit, 192 kHz / 24-bit, 96 kHz / 24-bit AIFF, FLAC and 11.2896 MHz, 5.6448 MHz DSD high resolution audio formats
2xHD proudly releases the debut 1966 recordings of the Thad Jones/Mel Lewis Orchestra at the Village Vanguard, entitled All My Yesterdays. This opening night performance at the legendary Village Vanguard in NYC on February 7, 1966 launched a tradition of successive Monday night appearances by the Thad Jones/Mel Lewis Orchestra that lasted twelve years and which continues today through the dedication of the band’s musical heir, the Vanguard Jazz Orchestra. This combined fifty-year residency at the Village Vanguard is celebrated by the release of this album. The album includes recordings from March 21, 1966, as well as those from opening night. This is the first official release of this material endorsed by the estates of Thad Jones, Mel Lewis and the Village Vanguard, since some of the recordings were unofficially exploited via a limited bootleg in 2000. This release includes the best takes from the February 7th and March 21st performances, many of which were not on the 2000 bootleg.
352.8 kHz / 24-bit, 192 kHz / 24-bit, 96 kHz / 24-bit PCM and 11.2896 MHz, 5.6448 MHz DSD – 2xHD Studio Masters