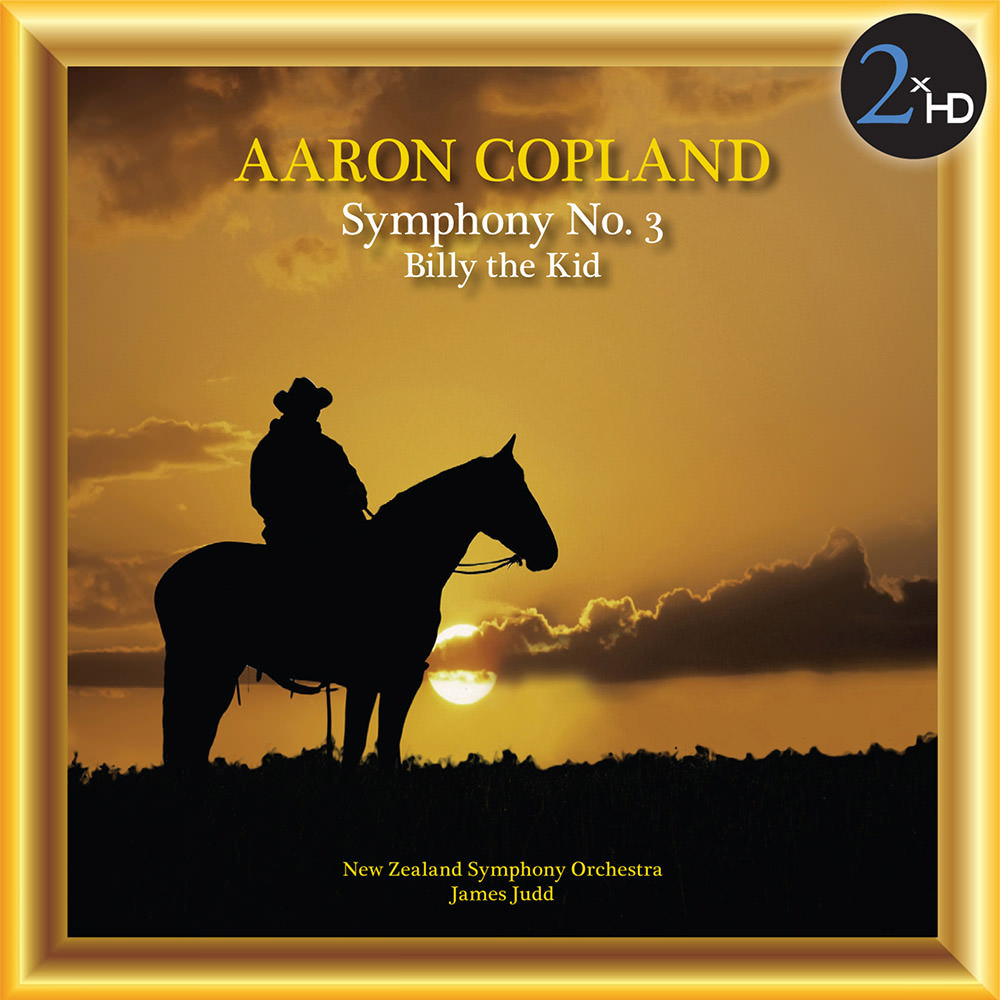 "Billy the Kid makes the stronger impression. The pace is compelling through to the end, the flavouring is sharp and fresh and it's hard to keep the feet from tapping spontaneously in the Mexican Dance."
- BBC Music Magazine

"Judd and his orchestra offer a pair of terrific Copland performances. Billy the Kid gets a shapely, dramatic interpretation ... a very fine release indeed."
- ClassicsToday.com

Conductor James Judd draws an impressive performance from the New Zealand Symphony Orchestra on these works by Aaron Copland, one of the greatest American composers of the last century. An unmistakable voice, perhaps best known for his three ballets Billy the Kid (included here), Rodeo and Appalachian Spring, he produced major works in a variety of genres including two operas (The Second Hurricane and The Tender Land), film scores, symphonies, concertos, choral and chamber music, as well as making a significant contribution to the solo piano repertoire.
44.1 kHz / 24-bit PCM – 2xHD Studio Masters