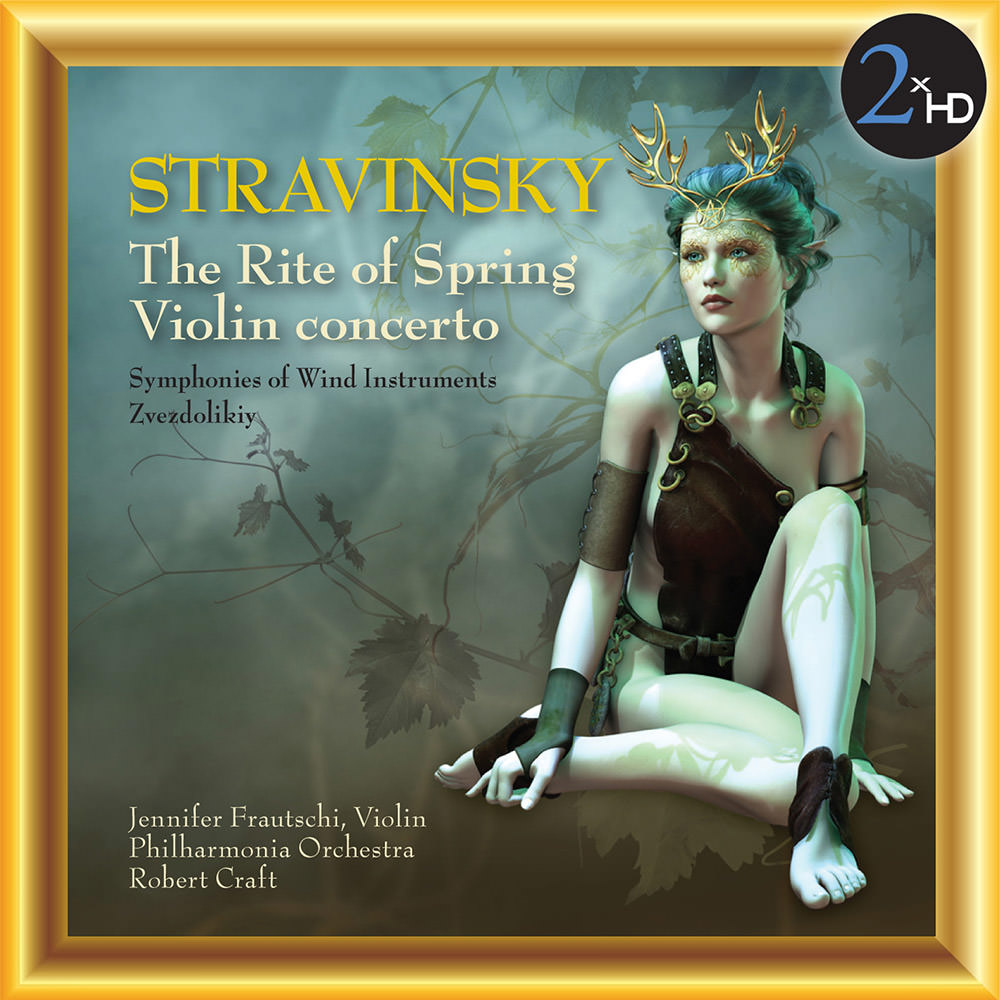 "If you’re mad about the Rite it’s an essential recording, fascinating to hear the emphasis Craft places on balance and colour ... it’s pretty amazing to hear the Philharmonia eat this score up, some of the best orchestral playing on offer today. Jennifer Frautschi is a real surprise in the Violin Concerto, making this masterpiece sound far easier than it is ... this is almost irresistible."
- Limelight

This recording of the 1967 edition of The Rite of Spring, a major landmark of 20th century music, was released in 2007 in celebration of the 125th anniversary of the birth of Stravinsky. Robert Craft leads the Philharmonia Orchestra on this critically-acclaimed album recorded at Abbey Road Studios.The Violin Concerto, showcasing soloist Jennifer Frautschi, is widely considered to be Stravinsky’s most perfect orchestral work.
44.1 kHz / 24-bit PCM – 2xHD Studio Masters