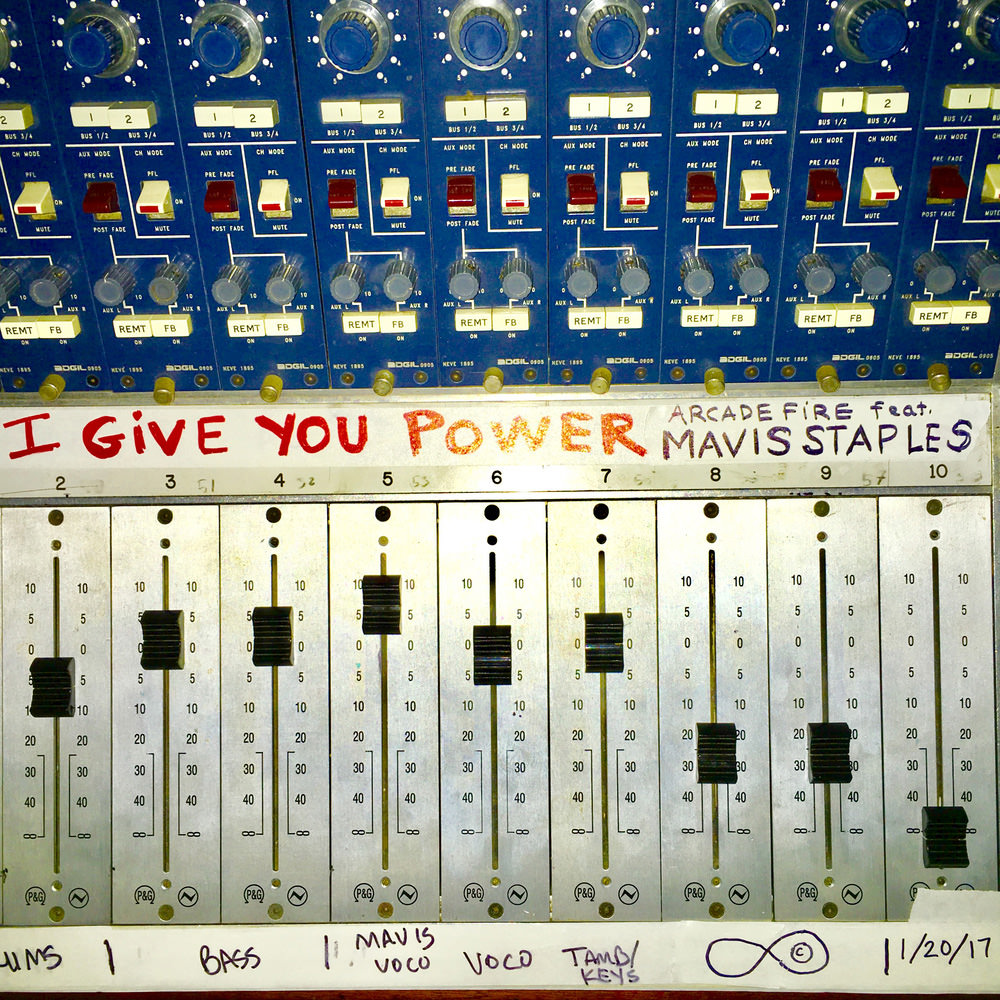 I Give You Power (Single)

"... anger comes from the brooding electronic arrangement and from Mavis Staples who sounds, for the first time in her career, sinister. A protest song that is intended not just to capture a moment, but to be applicable in other circumstances."
- The Guardian

"... a bombastic new anthem ... finds Arcade Fire putting an industrial spin on the dance-rock sound of their last album, Reflektor, without skimping on the disco gospel ... opens with a bruising bass synth and Win Butler's soft vocals. Staples joins soon after and takes control ... brilliantly with her ageless roar as the song builds into a dance floor rallying cry."
- Rolling Stone

This surprise track from Arcade Fire and Mavis Staples was released on the US Presidential Inauguration Day in January 2017 and serves as both a protest song and a charity single, with all proceeds going to the American Civil Liberties Union (ACLU).

"It's never been more important that we stick together and take care of each other."
- Arcade Fire
96 kHz / 24-bit PCM – Arcade Fire Studio Masters