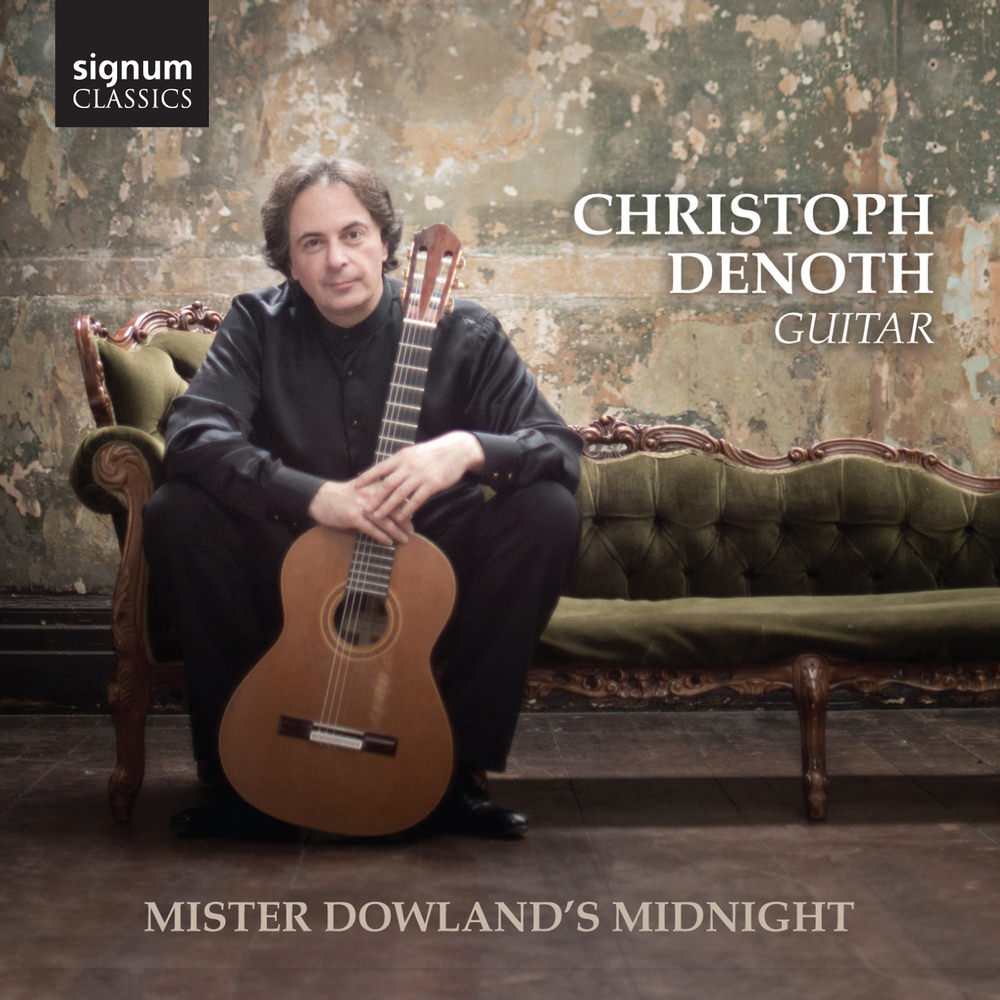 Swiss guitarist Christoph Denoth explores the enchanting lute music of John Dowland on this 2014 collection of his own arrangements made from Dowland's original handwritten scores.

"John Dowland has played a major role in my life as a musician and guitarist. He inspired me at an early age, when I still lived in Switzerland and was far away from England and any of its great music from Dowland’s period. The search for Dowland’s musical soul cannot only be perceived in the lament of pieces such as Midnight and Lachrimae; in fact, with all its shadows and lights, his music transforms itself into something created of beauty and love. Its expression is one of noble sadness, melancholy and tears, but the beauty is genuine and always caught my attention and appealed to my heart."
- Christoph Denoth
44.1 kHz / 24-bit PCM – Signum Records Studio Masters