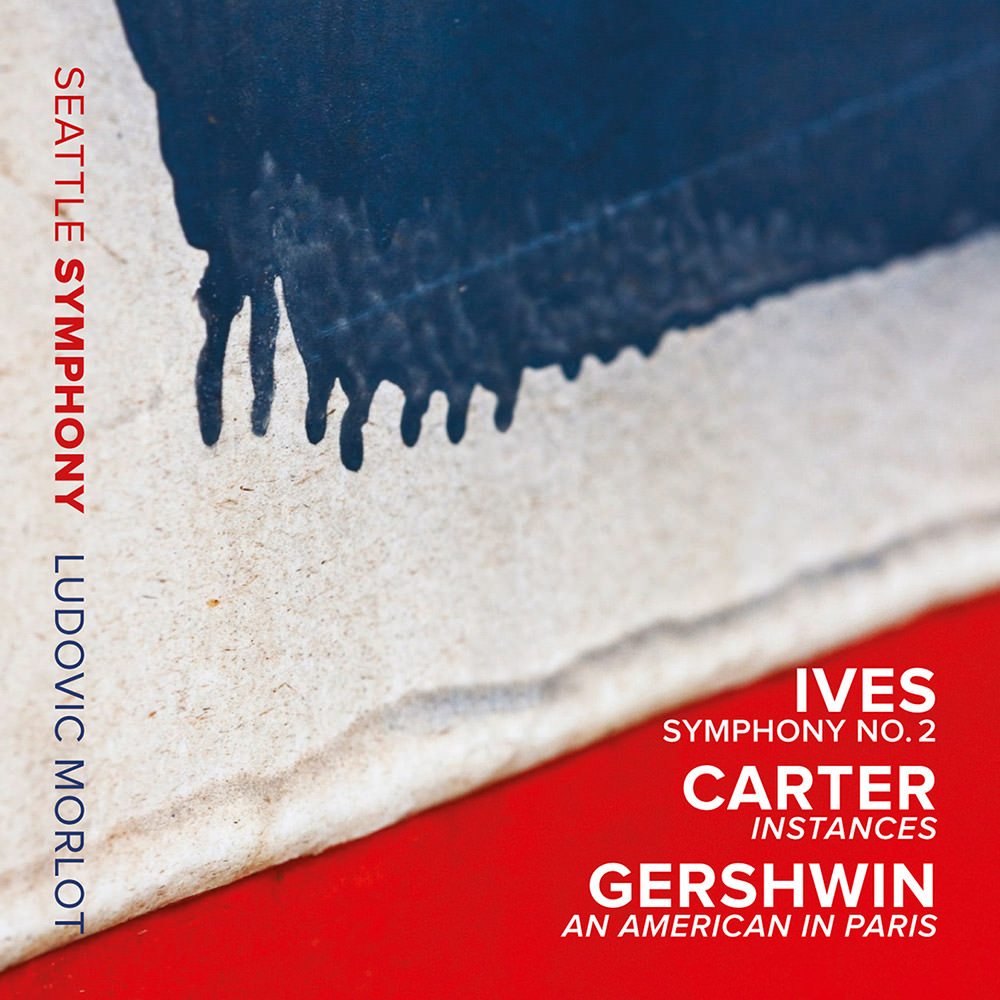 Ives: Symphony No. 2 - Carter: Instances - Gershwin: An American in Paris

Available in 96 kHz / 24-bit AIFF, FLAC high resolution audio formats
"... beautifully played ... proudly shows the skill of both players and conductor ... essential for fans of 20th century American music. " - Classical.Net "... Morlot surveys Ives’s Symphony No. 2, with its exuberant European treatment of all-American tunes, in elegant, relatively fleet fashion ..." - Classical Voice North America "An all-American program offers big-boned, exciting performances of Ives’s Second Symphony and Gershwin’s An American in Paris, but hits paydirt with the world-premiere recording of Elliott Carter’s Instances, one of the late composer’s final works. - The Boston Globe This 2014 live album by The Seattle Symphony Orchestra conducted by Ludovic Morlot.is dominated by two masterpieces from geniuses of early 20th century American music: Charles Ives and George Gershwin. With eclectic influences of jazz club, church hall, military band and popular melody, these works amount to nothing less than a portrait of American musical styles. Standing as a delicate counterpoint is a touching document of the world premiere performances of Instances, Elliott Carter’s elegiac last orchestral work. Carter dedicated Instances to conductor Morlot, who, in his words, “has performed many of my works so beautifully.”
96 kHz / 24-bit PCM – Seattle Symphony Media Studio Masters