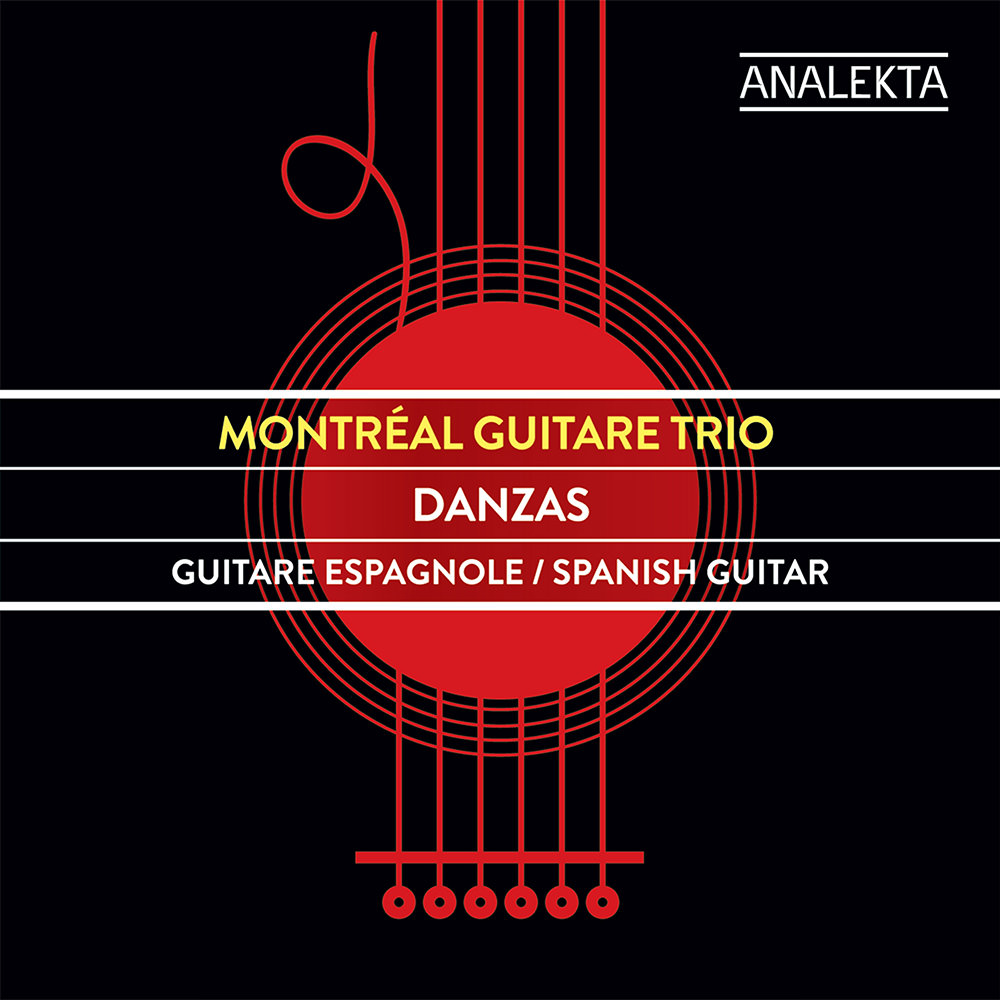 Available in 96 kHz / 24-bit AIFF, FLAC high resolution audio formats
"... the Montreal Guitar Trio (MG3) returns to its roots ... the classical Spanish music that preoccupied their formative student years nearly 20 years ago ... while you can always rely on MG3 to play with total commitment, it's the members' amazing arrangements that set their albums apart and Danzas is no exception ... rounding out the program is La Catedral ... if you're familiar with the solo guitar original (and even if you're not), Dufour's arrangement and MG3's performance will blow you away." - CBC Music The seventh album from the Montréal Guitare Trio is a return to the frenetic Spanish music of the group's early days. The three friends have not abandoned their creativity, but indeed, they have relied on it to take these traditional works to a new place. The rich and intoxicating acoustic sonority produced by MG3 is a journey back to the stages where this fiery material was first performed long ago and also to the Montevideo Cathedral in Uruguay, which was Agustín Barrios Mangoré's source of inspiration for La Catedral. Our Spanish Love Song from Pat Metheny and Charlie Haden's 1997 classic Beyond the Missouri Sky serves as a fitting encore. "We wanted to return to the roots of flamenco, typical Spanish dances like the farruca and bulería, to get to the essence of what the composers were expressing and to create versions that highlight the energy and passion of flamenco ... we gave a flamenco flavour to all the pieces. That's why we included pieces by Paco de Lucia, which go so well with those by de Falla." - Sébastien Dufour
96 kHz / 24-bit PCM – Groupe Analekta, Inc Studio Masters