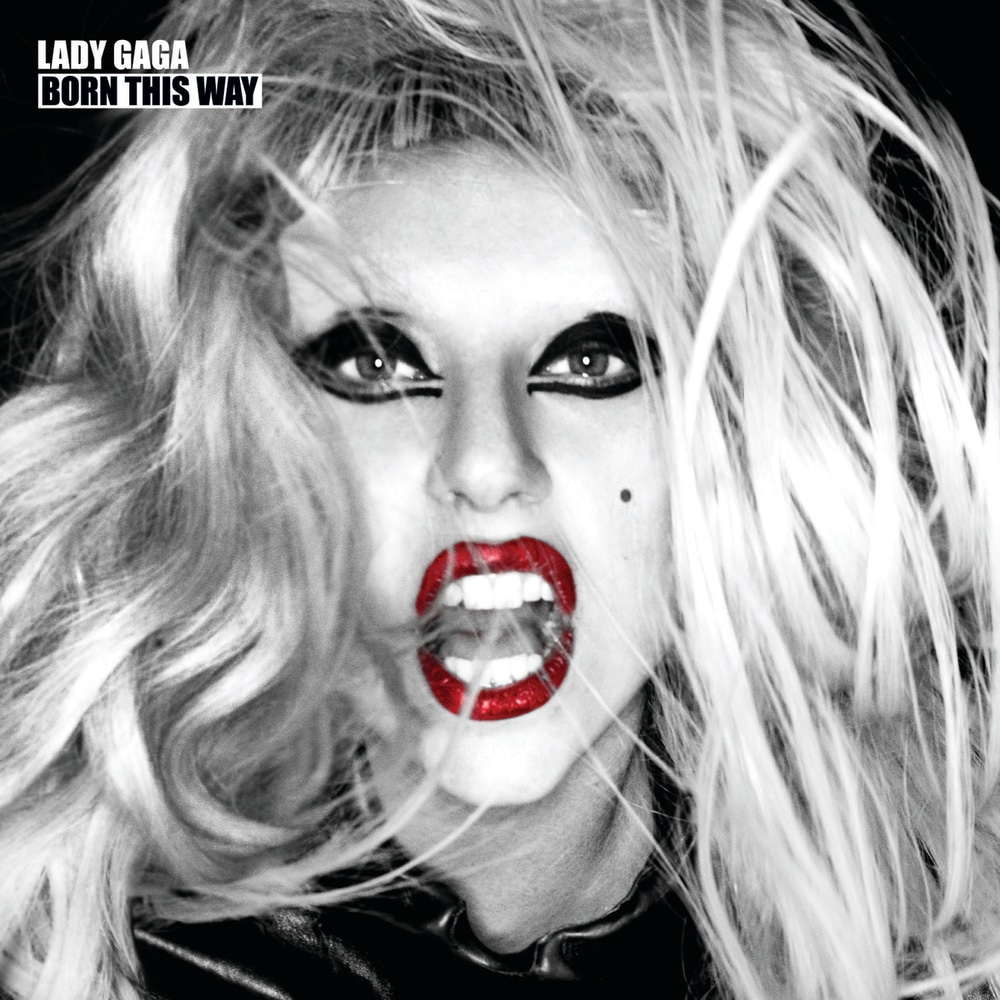 Available in 44.1 kHz / 24-bit AIFF, FLAC audio formats
Billboard 200 - #1, 2011 UK Albums Chart - #1, 2011 Billboard Hot 100 - #1, 2011 - Born This Way UK Singles Chart - #3, 2011 - Born This Way Billboard Hot 100 - #3, 2011 - The Edge Of Glory UK Singles Chart - #6, 2011 - The Edge Of Glory Grammy Award nomination - Album of the Year, 2011 Grammy Award nomination - Best Pop Vocal Album, 2011 "Four Stars ... Marry The Night's softer stylings are soon sent packing by what Gaga had always promised would be 'sledgehammering dance beats.' It's a pattern that holds throughout ... no matter how a song begins, pizzicato strings, operatic vocals, '80s rawk guitar, it's soon engulfed in buzzsaw synths and robo-precise rhythms. This is shameless, club-orientated pop that aims for instant impact ... boasts a pop vision flexible enough to be both serious ... and surreal ..." - The Guardian "Four Stars ... has all the electro-sleaze beats and Eurodisco chorus chants that made her the Fame Monster. But the big surprise is the way Gaga pillages the Bon Jovi, Pat Benatar and Eddie Money records of her childhood. In the 1980s, radio was full of tormented Catholic kids, from Madonna to Springsteen. Gaga clearly grew up on that stuff. She doesn't just give her Springsteen homage The Edge Of Glory a sax solo: she gets Clarence Clemons himself to play it ... she takes on the big topics dear to her heart: sex, religion, muscle cars, her hair ... what makes Born This Way so disarmingly great is how warm and humane Gaga sounds ... the more excessive Gaga gets, the more honest she sounds." - Rolling Stone Lady Gaga's second album became her first US number one, a feat she repeated in at least nine other countries including the UK. International sales have topped six million copies, spurred on by the two hit single anthems, Born This Way and The Edge Of Glory. Lady Gaga earned three Grammy Award nominations for Born This Way, notably her third for Album of the Year, making her the first artist since the Beatles to score three consecutive nominations. This edition contains a bonus disc of eight remixes and alternate versions.
44.1 kHz / 24-bit PCM – Streamline/Interscope Studio Masters