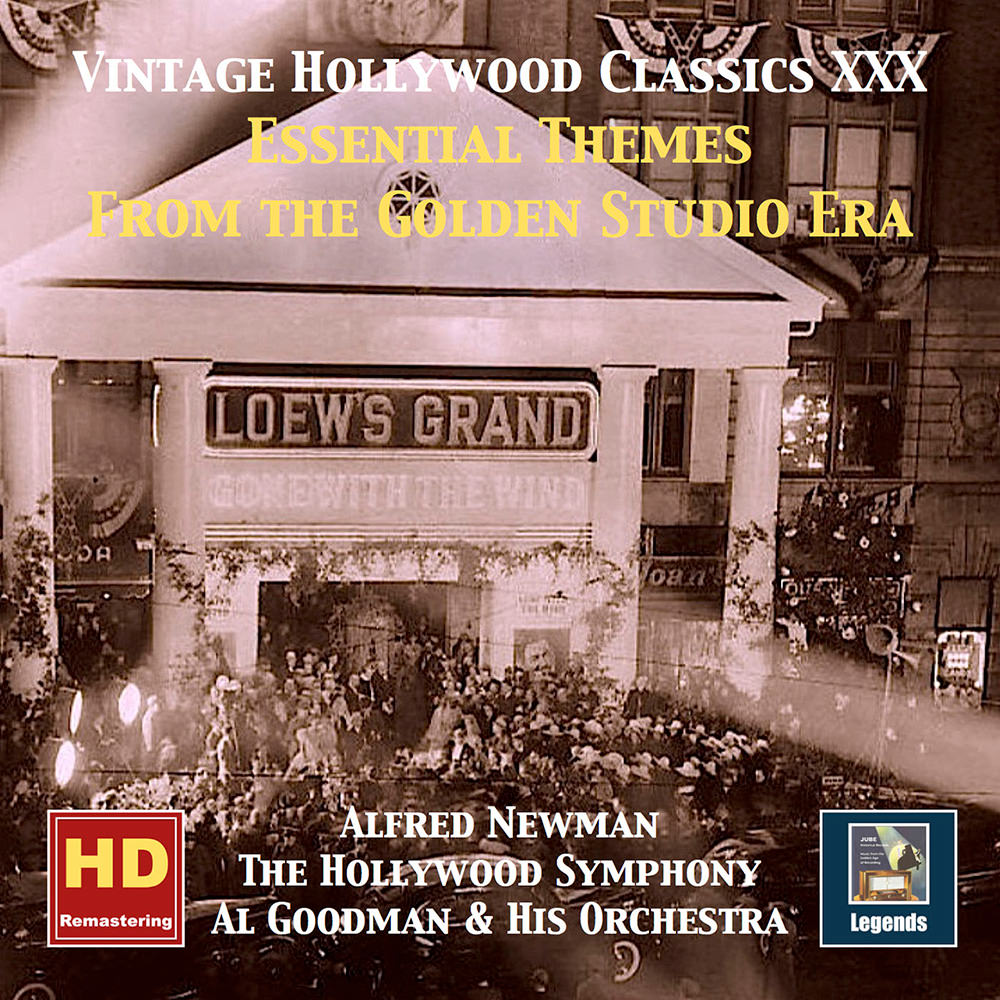 Regrettably, this album is not available
for sale at this time.
Film composer Alfred Newman conducts the Hollywood Symphony Orchestra on some of his most popular movie music from the 1940s, including Wuthering Heights and The Song of Bernadette. Newman's tracks are alternated on this remastered compilation with selections from Gone with the Wind, The Lost Weekend, Spellbound and others, performed by the Al Goodman Orchestra.
This album is a high-resolution digital transfer of material originating from an analogue master source. It may contain noise, distortion or other artifacts, and may also contain audio which is limited in bandwidth or dynamic range, due to the technology used at the time of its original creation. As such, it is offered as a high-resolution documentation of a historical release.