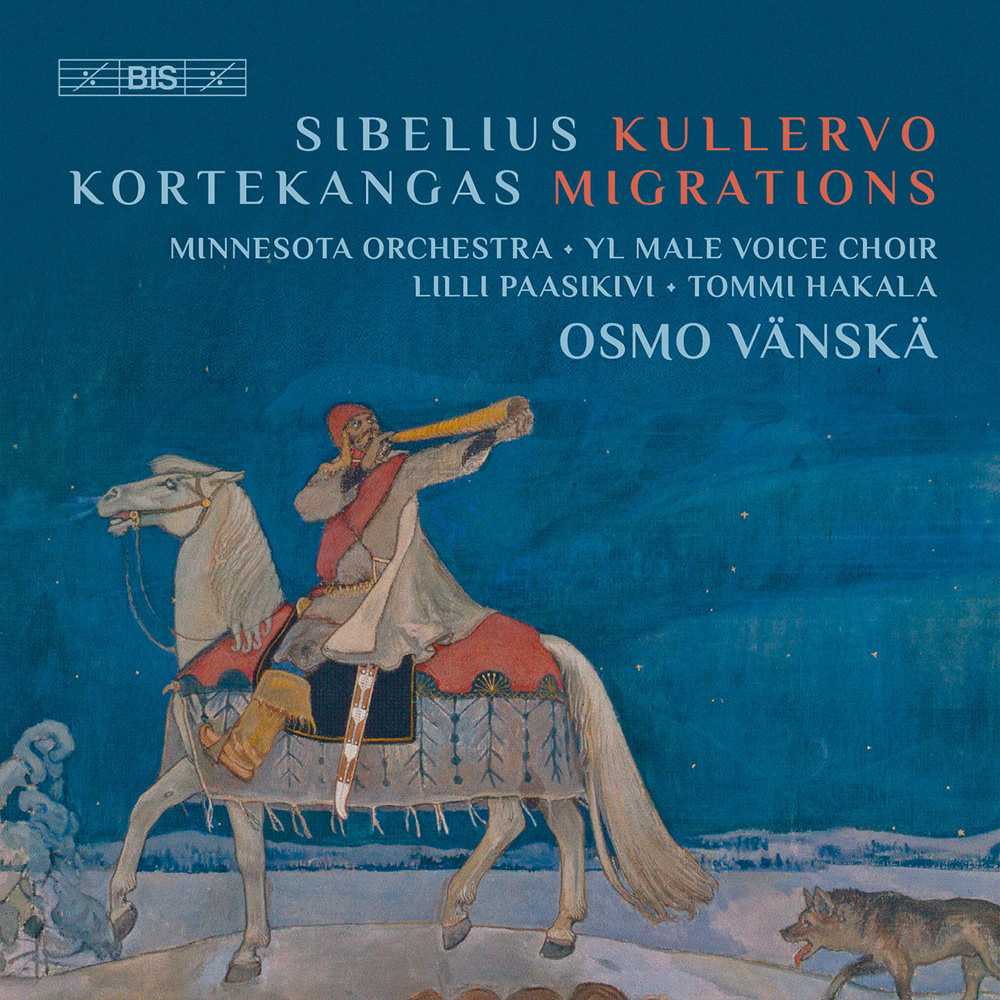 With this 2017 double album, the Minnesota Orchestra under its Finnish music director Osmo Vänskä celebrates the 150th anniversary of what is sometimes called the "Great Migration" of Finns to the United States. The orchestra commissioned Olli Kortekangas to compose a work on the theme of migration, of a scale and nature suitable for performance alongside Jean Sibelius’s great Kullervo. Discovering the work of the Minnesota-based poet Sheila Packa, herself of Finnish descent, Kortekangas composed Migrations for mezzo-soprano, male voice choir and orchestra, the same forces as in Kullervo, with the exception of baritone soloist. An all-star Finnish cast led by soloists Lilli Paasikivi and Tommi Hakala with the celebrated YL Male Voice Choir joins the Minnesota Orchestra for a memorable performance.
96 kHz / 24-bit PCM – BIS Studio Masters