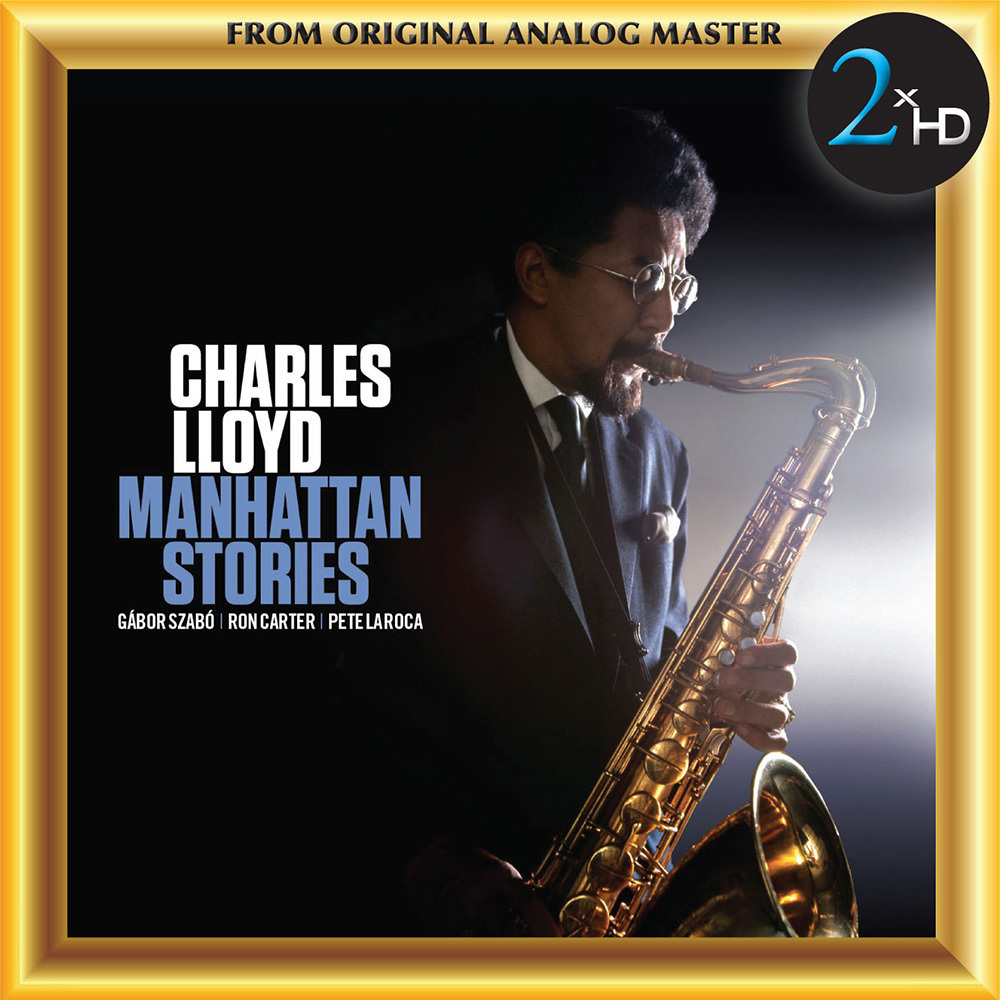 "Four Stars ... presented in excellent fidelity ... there are only three tracks ... none are less than 11 minutes long, leaving the quartet members free rein to really stretch out ... a welcome addition to Lloyd’s extensive discography ... if you are a Charles Lloyd fan, this is a must-have purchase ..."
- Audiophile Audition

"The leader is firmly locked into early Coltrane mode, though the lean, plaintive sound to come is glimpsed here and there ... there’s more bumpy, conversational and peppery free-blowing than those used to Lloyd’s spare, reflective current music might warm to ... both an absorbing document and a snapshot of a powerful foursome visiting the edges."
- The Guardian

"It is loose, episodic, erratic, explosive, wildly inspired music, the kind the best jazz musicians only play for live audiences when they don’t know (or don’t care) that they are being recorded ... Lloyd plays with an impulsive abandon unique in his early discography, his tenor saxophone tone is glowing and rounded at the edges, not jagged ... the production quality of this package is stellar. The clarity, presence and attack (of sound) in Judson Hall is remarkable ... place this living music in a particular special moment in cultural time."
- JazzTimes.com

"Five Stars ... a trip back in time, a journey to a long gone and long-missed era. It's a window into the great Charles Lloyd's art at a period of transition ... Lloyd at his finest. He plays like a man possessed ... features some awe-inspiring exchanges and overlaps between his saxophone and Szabo's brittle-toned guitar ... the sound quality is actually remarkably good considering the circumstances of these recordings. No matter how you slice it, this is significant music that needs to be heard in order to fully appreciate the full scope of an important artist's work. This is musical manna, not from heaven, but from the horn(s) of Charles Lloyd."
- All About Jazz

Recorded on Sept 3, 1965 at the now-defunct Judson Hall in Manhattan, these live tracks from saxophonist Charles Lloyd and his quartet have never been released before. In fact this marks the first-ever official appearance on record from Lloyd and his masterful quartet of guitarist Gábor Szabó, bassist Ron Carter and drummer Pete La Roca.

"It was a specific time and place. We all felt like the boundaries were being dissolved and we could do or try anything. This is a music of freedom and wonder: we were young and on the move."
- Charles Lloyd

"The first time I heard these recordings, I was blown away and knew immediately how special they were. This just might be the holy grail for longtime Charles Lloyd fans like myself who think they've heard it all ... it's a real gift for us to share this with the world."
- Zev Feldman, co-producer
192 kHz / 24-bit, 96 kHz / 24-bit PCM and 5.6448 MHz, 2.8224 MHz DSD – 2xHD Studio Masters

For the 2xHD transfer of this recording, the original 1/4”, 15 ips NAB master tape was played on a Nagra-T modified with high-end tube playback electronics, wired with OCC silver cable from the playback head direct to a Telefunken EF806 tube. The Nagra T has one of the best transports ever made, having four direct drive motors, two pinch rollers and a tape tension head.
We did an analog transfer for each high-res sampling and A & B comparisons were made with the original LP, using the KRONOS turntable with a BLACK BEAUTY tone arm.