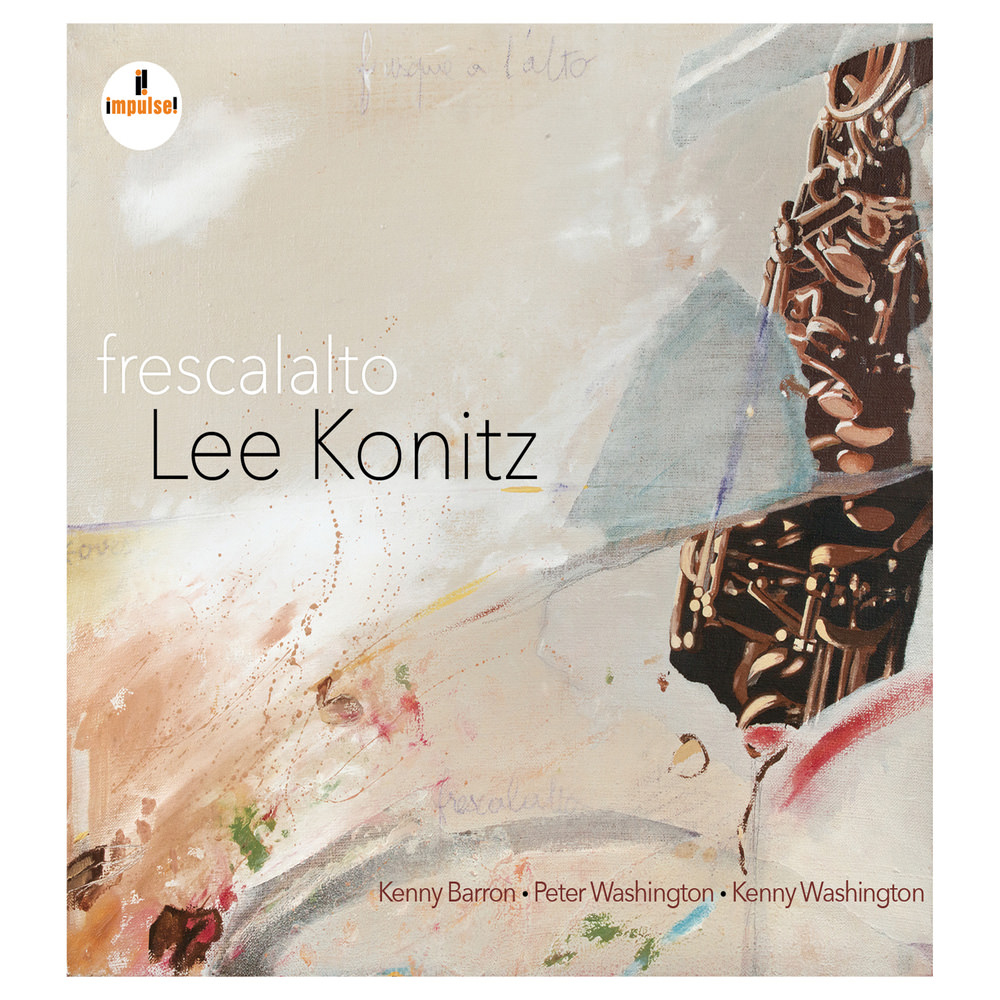 "The quartet’s collective expertise enlivens Frescalalto ... with Gundula, Konitz exhumes one of his more recent originals, a ballad with pensive lyricism and romantic chords that certainly should earn its bona fides to becoming a jazz standard in its own right."
- DownBeat

At age 89, Lee Konitz makes his debut on the Impulse! label, in the superb company of pianist Kenny Barron, bassist Peter Washington and drummer Kenny Washington. The quartet indeed contains a fascinating intersecting history. Forty years ago, Kenny Washington made his recorded debut on a Konitz album. Both Washingtons (no relation) have played numerous times either as individual accompaniments or as a unit with the estimable and fellow Impulse! artist Barron, whose his first appearance on a Konitz record was 1992’s Jazz Nocturne, which coincidentally also featured Kenny Washington. The obvious understanding shown by the four musicians has much to do the extraordinary energy that emanates from Frescalalto, on which Lee Konitz revisit eight songs, most of them great jazz standards. His ability to appropriate these timeless pieces and reveal facets that have been ignored is simply impressive as he wields his astonishing command over the alto saxophone. His patented, streamlined approach to jazz improvisation continues to burst with vigour, underscored with simmering wisdom.

"I’ve been pretty much doing these (songs) all through the years. They are great tunes that offer constant challenges regarding approaching them in unique ways. That’s the goal. Sometimes it’s not achieved, but other times, I start out playing these melodies and then start going in completely different directions. That’s such a kick."
- Lee Konitz
96 kHz / 24-bit PCM – Impulse! Studio Masters