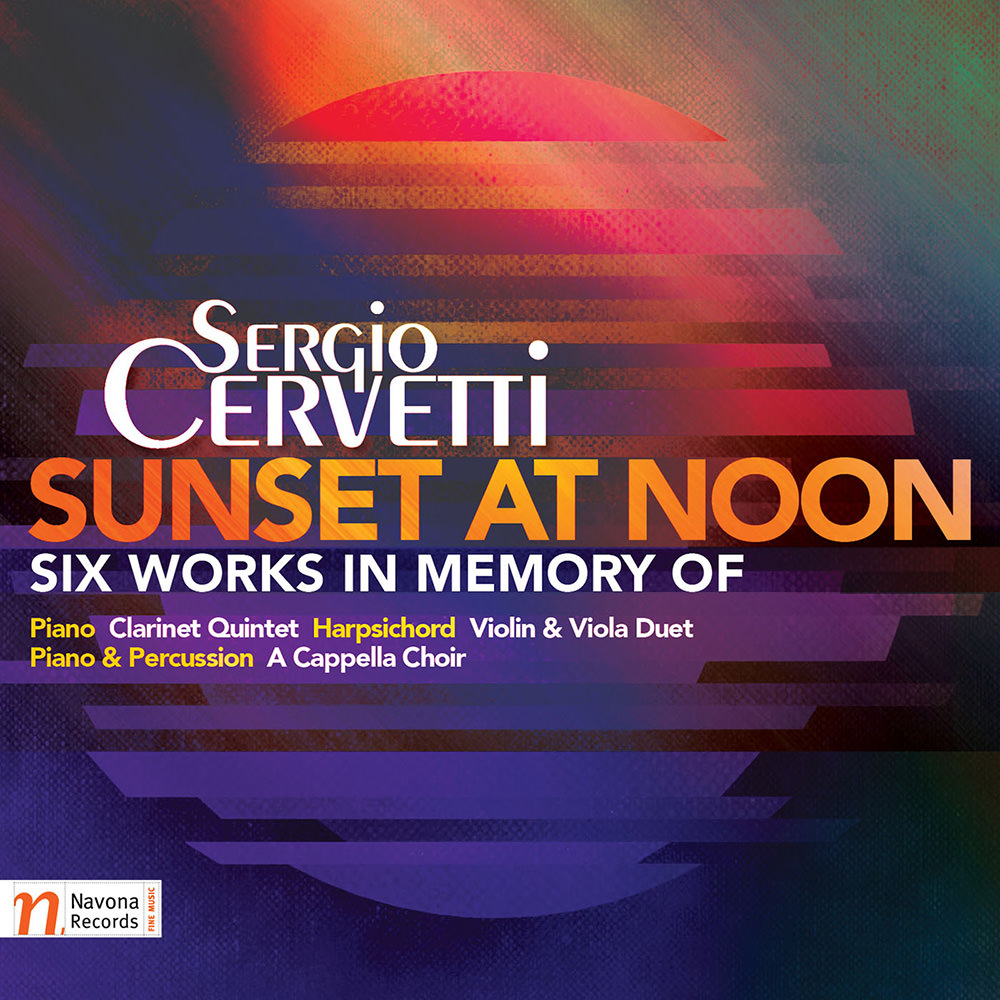 Sergio Cervetti returns with an exciting collection of works on Sunset at Noon, each piece written as a memorial. A diverse composer, Cervetti's music ranges from instrumentals and vocals to electronic, often reflecting his South American, French and Italian heritage. His vocabulary draws from an early interest in 12 tone and minimalism, flexible and free of constraint. Cervetti focuses on keyboard-based numbers for half the album, with a foray into chamber music on the other half.
44.1 kHz / 24-bit PCM – Navona Studio Masters