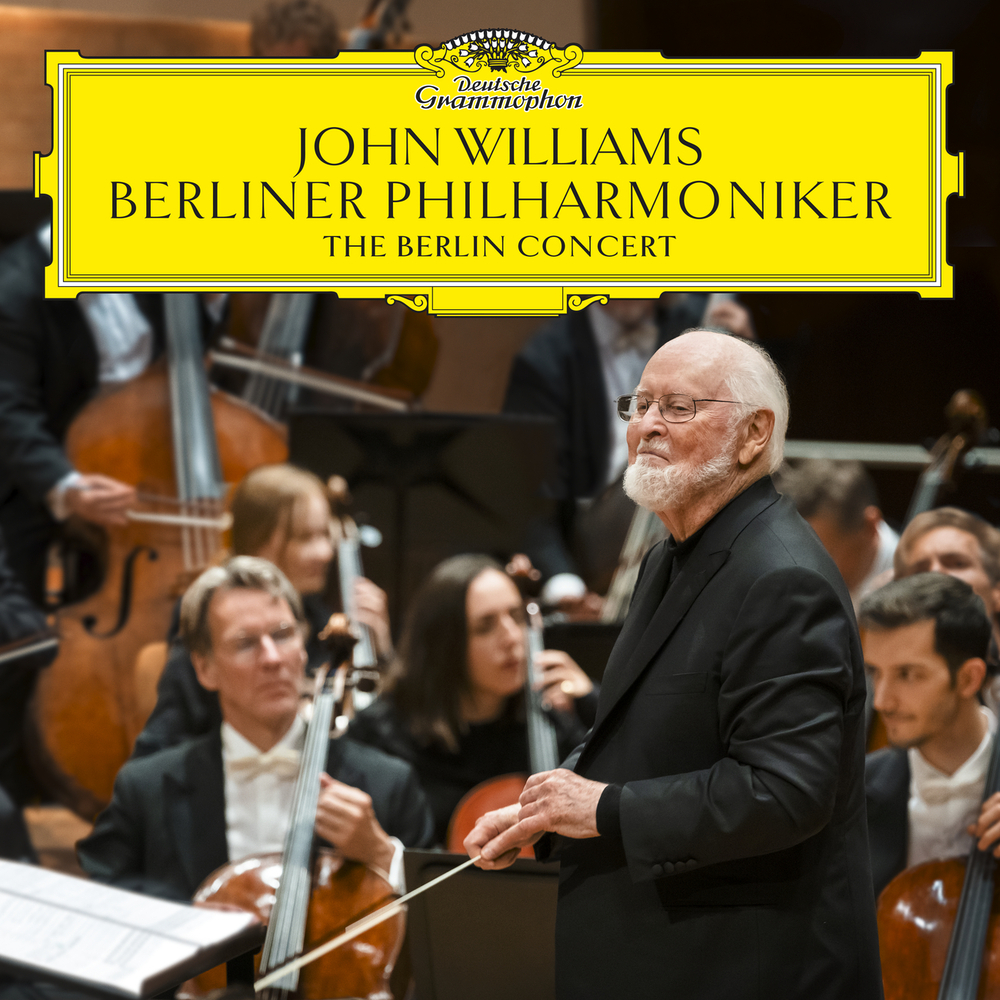 Available in 192 kHz / 24-bit AIFF, FLAC high resolution audio formats
Two legends shared the stage this autumn – in a glorious debut, John Williams conducted the Berliner Philharmoniker for the very first time. John Williams – The Berlin Concert, captured live by Deutsche Grammophon during a series of sold-out concerts, presents some of the world’s best-known film music performed by one of the world’s greatest orchestras. The DG album releases just in time for the renowned composer’s 90th birthday. “John Williams doesn’t need the films, the films need him,” wrote Rolling Stone after the concert, while Berlin’s Der Tagesspiegel summed up the event as simply “one of those great evenings”. This once-in-a-lifetime recording continues DG’s celebration of the work of the multi-award-winning composer. The label’s chart-topping John Williams in Vienna set the mark as the best-selling symphonic recording of 2020. John Williams – The Berlin Concert now complements that programme with a tracklist made up of additional repertoire and familiar favourites.
192 kHz / 24-bit PCM – Deutsche Grammophon (DG) Studio Masters