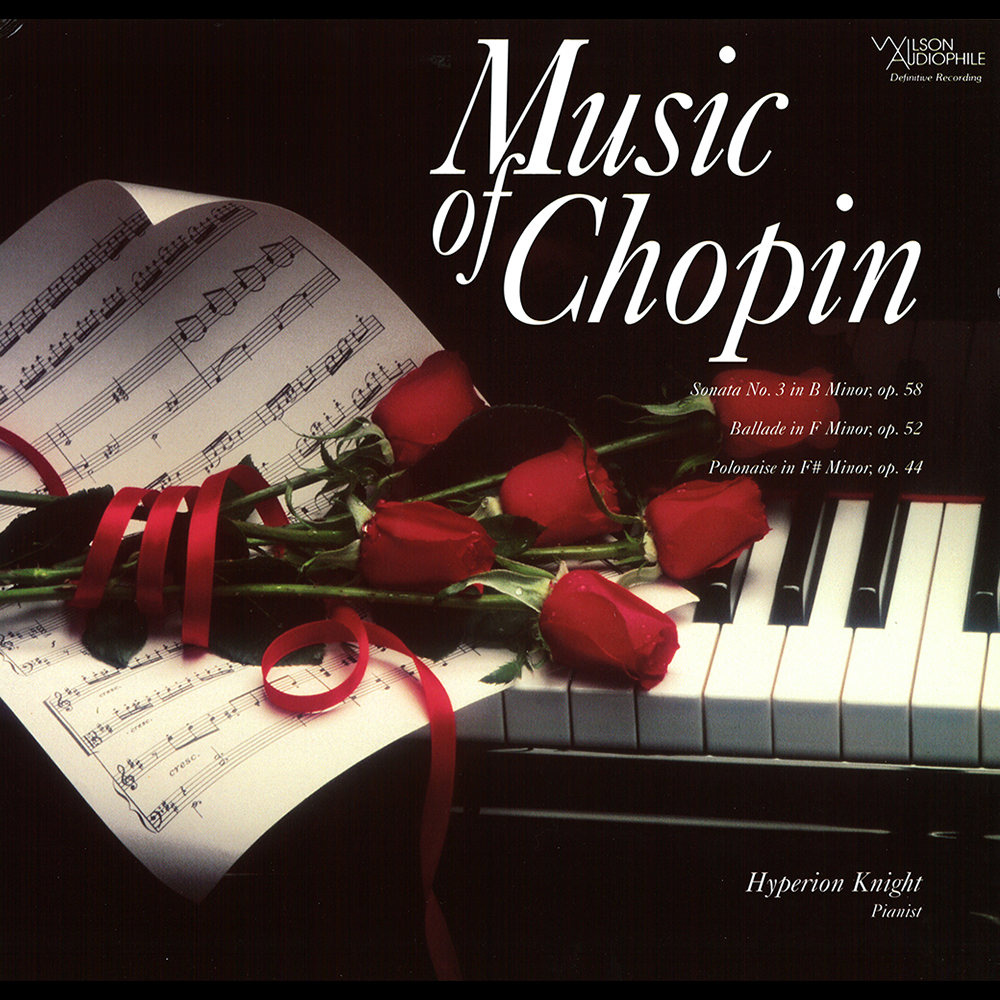 Available in 176.4 kHz / 24-bit, 88.2 kHz / 24-bit AIFF, FLAC high resolution audio formats
Californian Hyperion Knight is a pianist with a romantic touch, known for the diversity of his repertoire, equally at home in serious classics and popular standards. With an informed passion for the great performers of the past, Knight presents this second volume of works by Chopin, released in 1991 and captured in stunning sound by Wilson Audiophile at Skywalker Ranch.
176.4 kHz / 24-bit, 88.2 kHz / 24-bit PCM – Wilson Audiophile Recordings Studio Masters