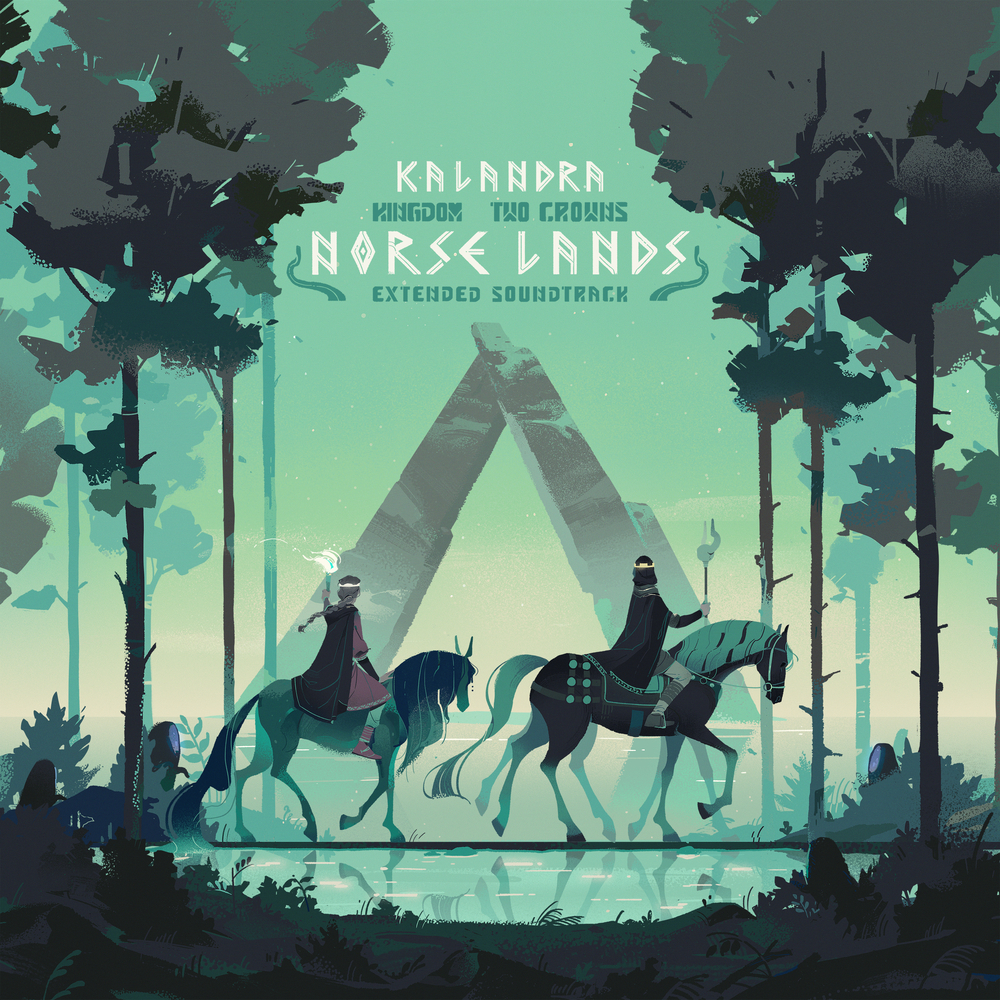 Available in 44.1 kHz / 24-bit AIFF, FLAC audio formats
Composed as the original soundtrack for the game Kingdom Two Crowns and its new world called "Norse Lands", Kingdom Two Crowns: Norse Lands Soundtrack (Extended) is Kalandra’s second studio album and comes as a very unique and different project from their debut album The Line (2020, By Norse Music). Released to players on the 16th of November 2021, "Norse Lands" takes place in an environment inspired by Norse Viking culture from year 1000 C.E. Players can unleash abilities drawn upon Norse Gods, control powerful forces, building Viking-inspired armaments, solving challenging puzzles etc. To transform the original game soundtrack into this new album, the band has extended some tracks and given them a new mix, for the purpose of giving the listener (and non-players) a more holistic experience of the music. The band has collaborated with local Norwegian Folk musicians such as John Stenersen and Kenneth Lien, using old instruments like Hurdy-Gurdy, Nyckelharpa and Moraharpa.
44.1 kHz / 24-bit PCM – By Norse Music Studio Masters