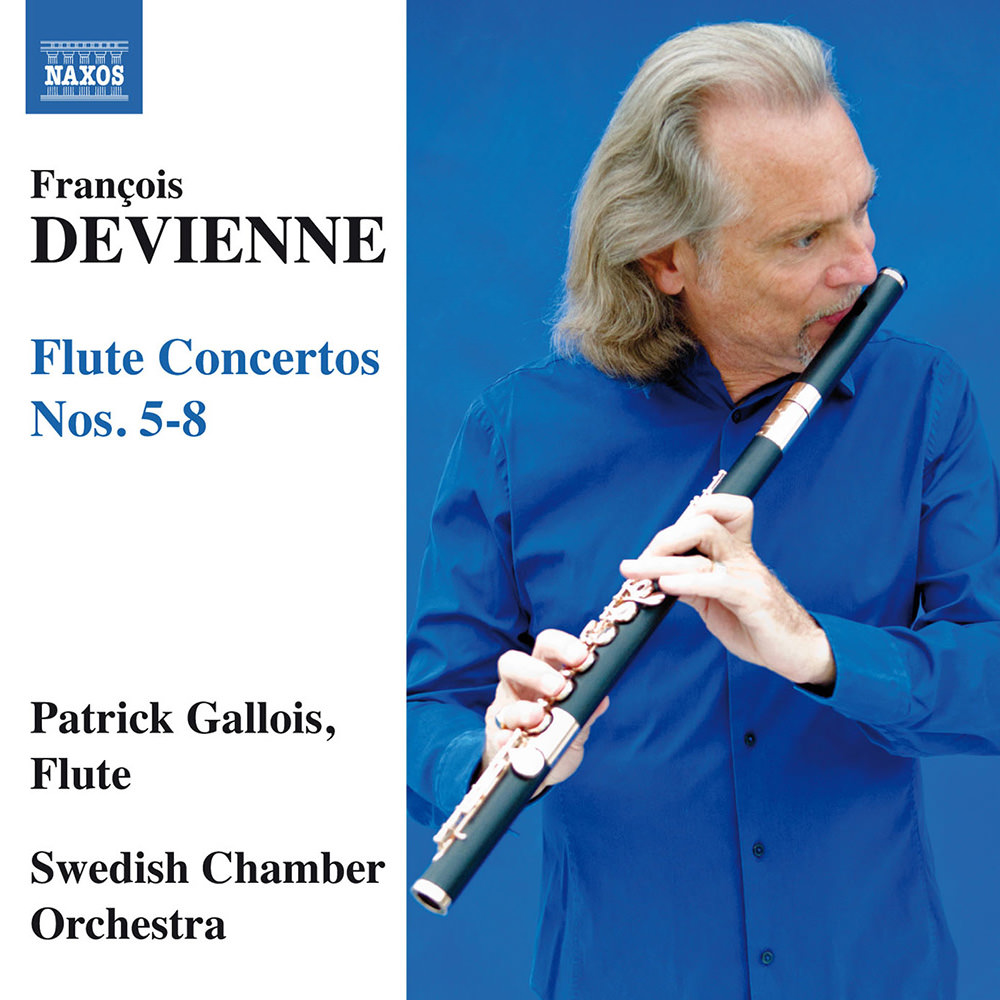 Flutist Patrick Gallois and the Svenska Kammarorkestern follow up their 2014 Devienne series debut with this second volume of the French composer's complete flute concertos. The four works featured here display a combination of melodic elegance and graceful virtuosity that characterizes much of Devienne's music. Especially notable in this respect is the Concerto No. 6, a compositional tour de force, rich in thematic material and panache and one of the finest wind concertos of its epoch.
96 kHz / 24-bit PCM – Naxos Studio Masters