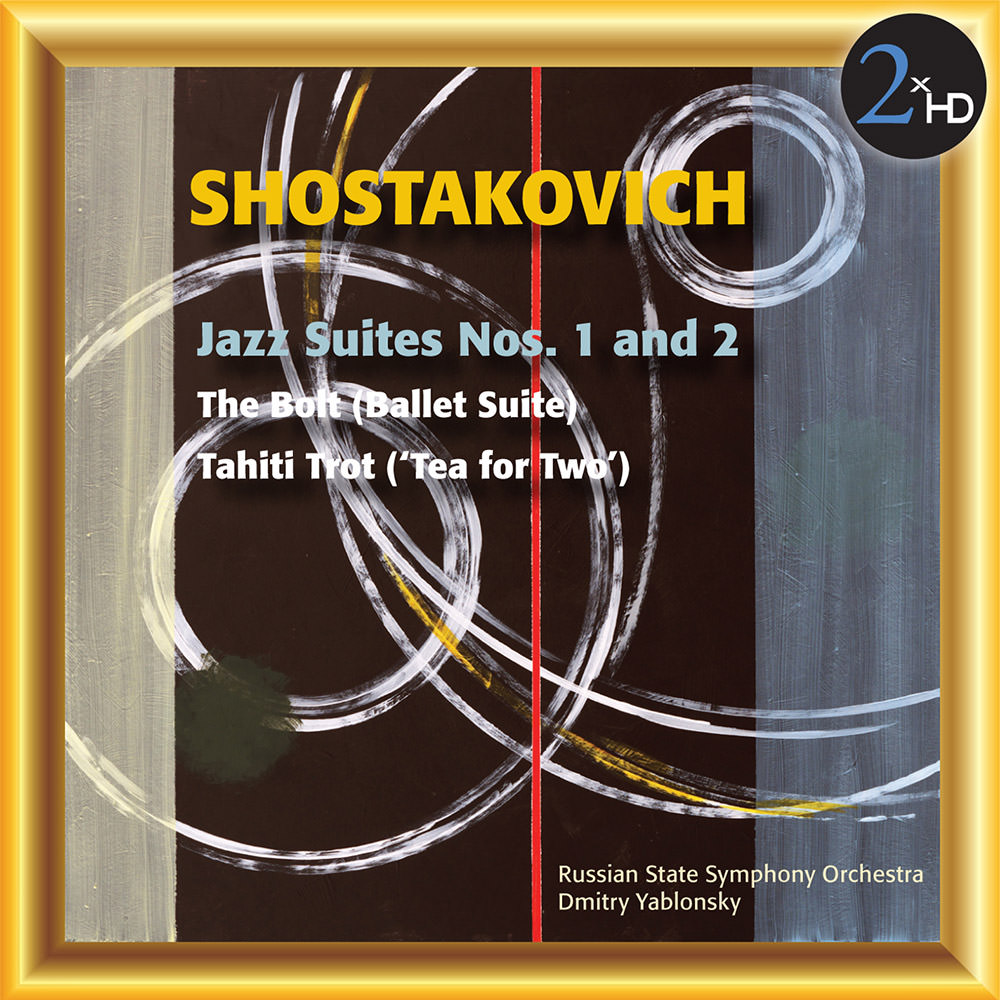 Available in 44.1 kHz / 24-bit AIFF, FLAC audio formats
"... contains a suite from the entertaining ballet The Bolt and an amusing arrangement of Tea for Two ... all are played with spirit aplenty by Yablonsky and the Russian State Symphony Orchestra ..." - JazzTimes.com "... another winner ... expect colourful winds and penetrating brass ... try the Weill-like Foxtrot from the Jazz Suite No. 1 and I dare say you'll be hooked: those trombone glissandos are nicely done, the Hawaiian guitar slyly insinuating." - Gramophone "Shostakovich did kick up his heels and have some fun occasionally and this delightful disc presents some sparkling examples of that. The Russian State Orchestra obviously delights in this stuff and plays it for all it’s worth ... sound is crystal clear and impactful ..." - Audiophile Audition All the works on this release will come as a surprise to those who know Shostakovich only as a concert composer in the Beethovenian tradition. Dmitry Yablonsky and the Russian State Symphony Orchestra show another side of the composer with the Jazz Suites and especially on Tea for Two. These musical divergences shouldn't be surprising: while the symphonies, string quartets and concertos represent the core of his achievement, Shostakovich had wide sympathies across the musical spectrum, hence his oft-repeated comment that he enjoyed all music from Bach to Offenbach.
44.1 kHz / 24-bit PCM – 2xHD Studio Masters