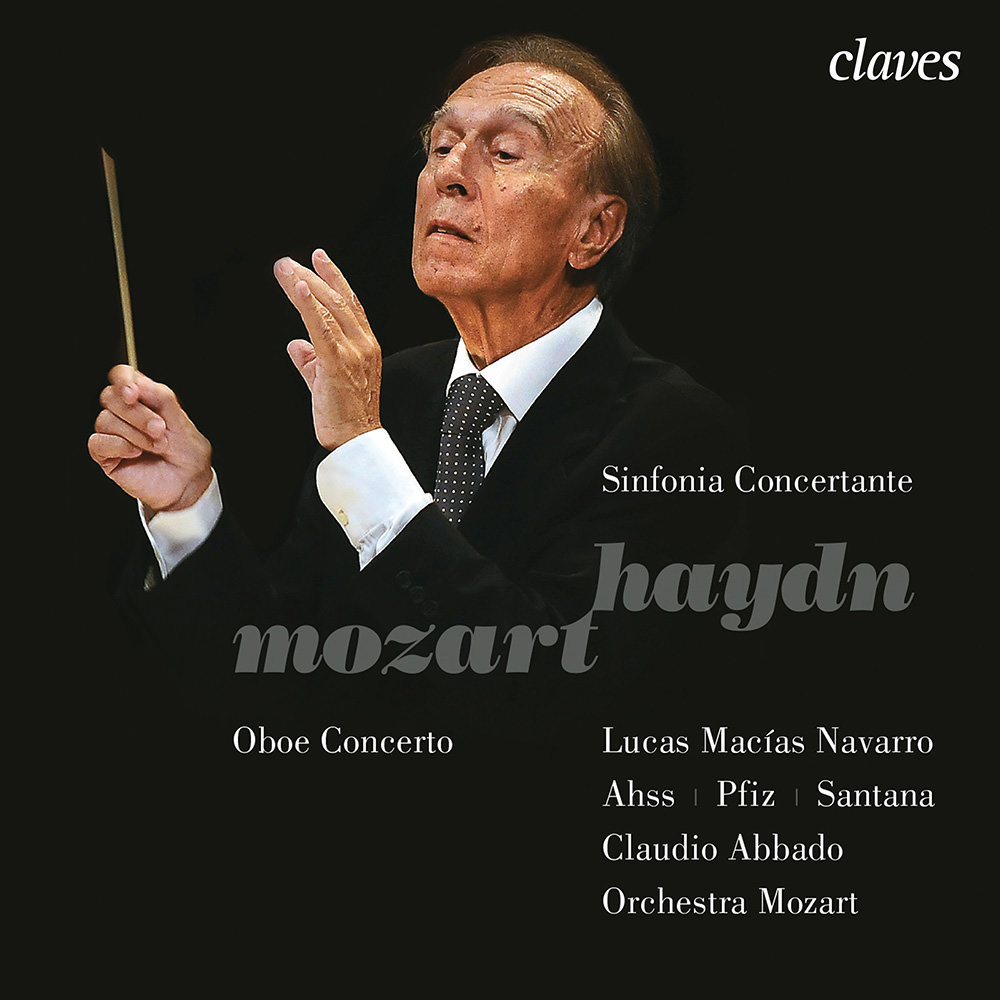 Available in 96 kHz / 24-bit AIFF, FLAC high resolution audio formats
"Five Stars ... the performance of the Mozart Oboe Concerto is admirably beautiful, with fine playing from Lucas Macias Navarro and every orchestral phrase lovingly caressed by Abbado ... few would want to measure the musical riches it offers by the clock." - BBC Music Magazine "What we have here is quality rather than quantity ... (Navarro is) an outstanding soloist in the Mozart concerto, offering fluent, agile playing in a beautifully nuanced account of the first movement. His oboe sings the lines in the slow movement in a completely winning fashion and the way he plays the little cadenza is gorgeous. In this movement and, indeed, throughout the concerto, his colleagues in the orchestra, under Abbado’s guiding hand, give him refined accompaniment. The sparkling finale is pure delight from start to finish ... a completely successful performance of a piece that shows Haydn at his most engaging and entertaining. The interplay of the soloists in the first movement is a cause for delight, as is the stylish orchestral playing. This is truly music for pleasure ... in all honesty, this is a disc about which little need be said ... two excellent and completely enjoyable performances ... the sound is good ..." - MusicWeb International Representing some of Claudio Abbado's final recordings before his death in January 2014, this album celebrates the conductor's legacy with stunning performances from soloists and the Orchestra Mozart. The Mozart concerto was spearheaded by Lucas Macias Navarro, solo oboe of the Concertgebow Amsterdam, who has received lavish praise for his playing here. Haydn's delightful Sinfonia Concertante completes the programme.
96 kHz / 24-bit PCM – Claves Records Studio Masters