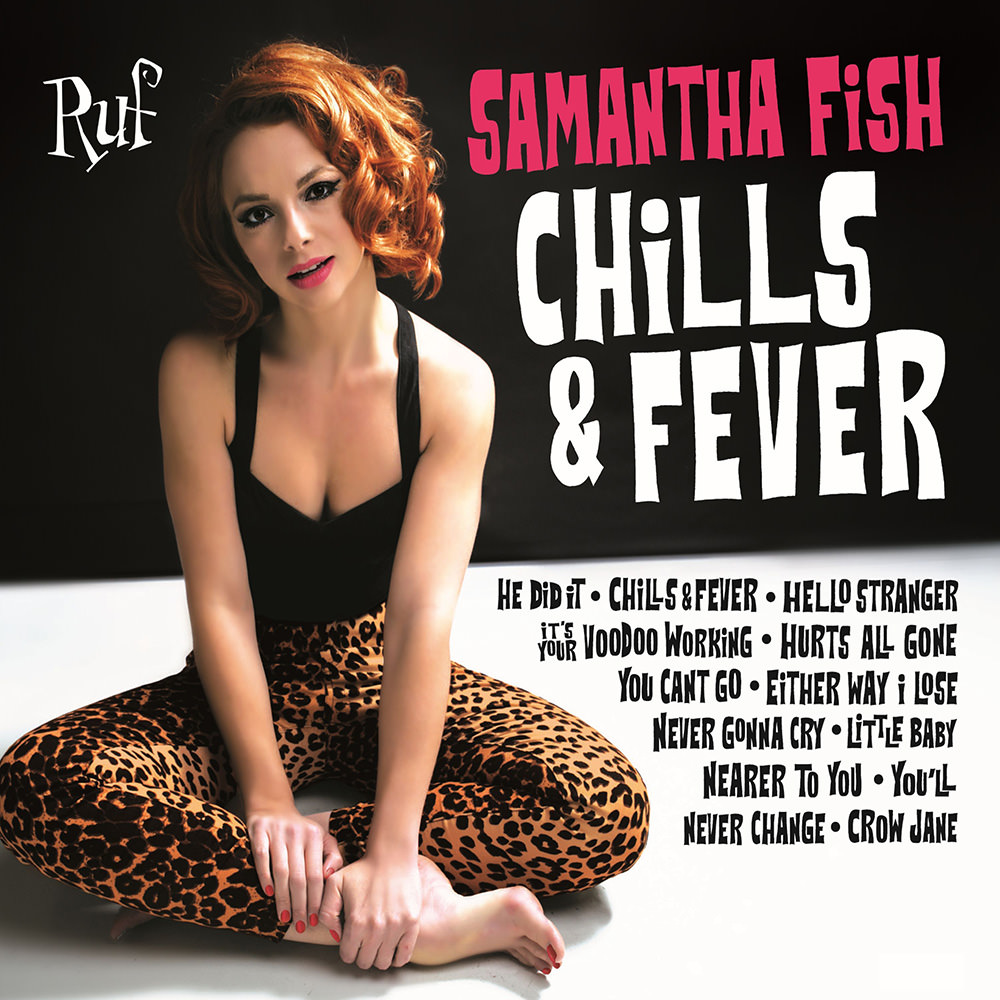 "... a bona fide guitar hero ... a rising figure on the roots music scene ... a singer-songwriter known for her fiery guitar chops ... musically she draws inspiration from the muscular roots-rock of Tom Petty, the fiery blues riffs of Stevie Ray Vaughan and the beguiling pop smarts of Sheryl Crow ..."
- Chicago Tribune

Samantha Fish ventures into the world of simple, raw, scrappy rock and roll after earning a reputation as a purveyor of blues, lauded by such legends as Buddy Guy. The Kansas City native realized just how much that basic, unfettered sound means to her and how well it ties into soul, R&B, country and so many other forms of music. When it came time to record Chills & Fever, Fish travelled to Detroit and joined forces with members of the Detroit Cobras, darlings of the Midwest punk/blues scene. They bonded over a common love of classic soul and rollicking rhythms, so much so that the results testify to a seemingly timeless template. Covering indelible melodies from the ‘60s and ‘70s by Jackie DeShannon, Jerry Ragavoy, Bert Berns and Allen Toussaint and revisiting earlier demos, Fish and the Cobras have created an album best described as a pure slab of rocking R&B.

"I listened to a lot of soul music and I dug deep into people like Otis Redding and Ray Charles ... it’s a lot less restrained style of music than the sound people may be used to hearing from me, but it’s definitely a different facet of my personality. It’s far more straightforward ... I don’t think I ever enjoyed making a record quite as much as I enjoyed making this one. I love the sound of the brass and the edgier intensity. One thing’s for sure. Nothing ever felt so authentic."
- Samantha Fish
96 kHz / 24-bit PCM – Ruf Records Studio Masters