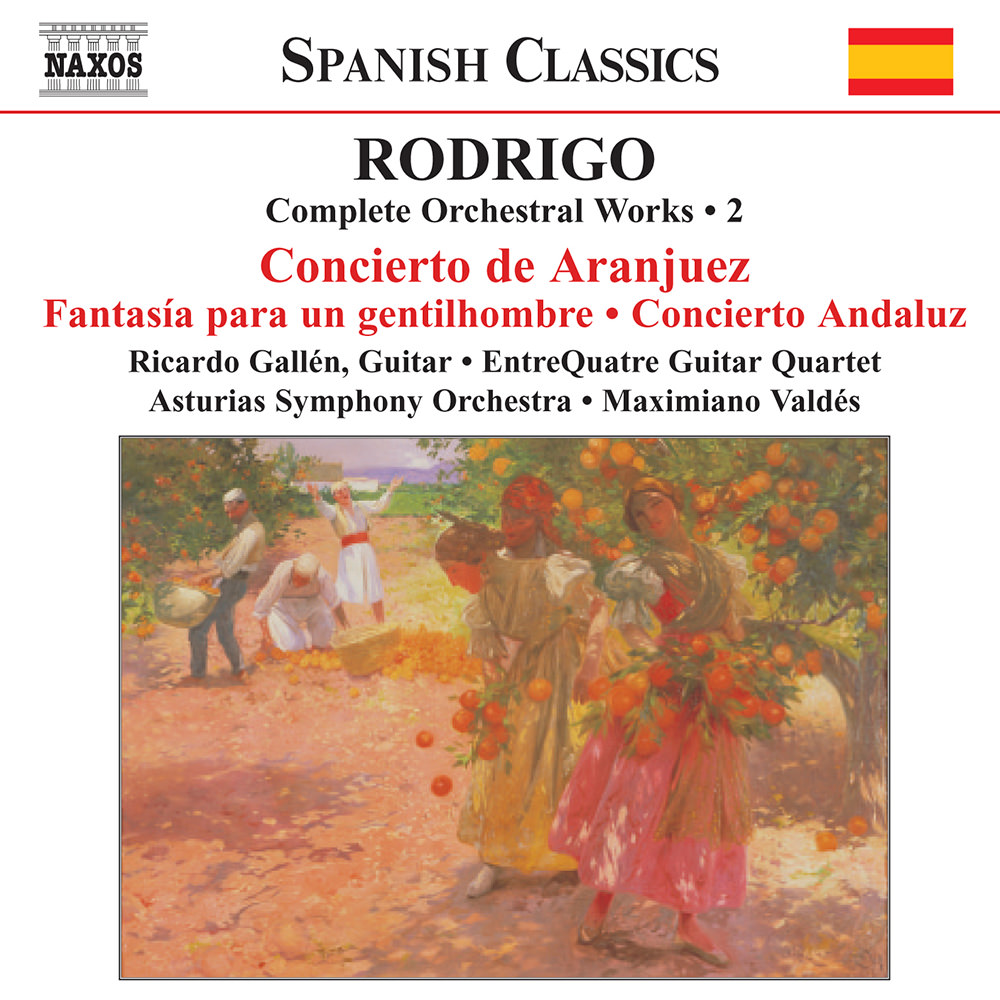 Available in 44.1 kHz / 24-bit AIFF, FLAC audio formats
"... the Asturias Symphony sounds lovely ... the strings make handsome, unified sounds, the cello solos are vibrant, the cor anglais liquid, and the horn particularly velvety. The solo trumpet is capable of pillowy, pinpoint articulation ... the recorded sound is excellent, providing color, depth, and clarity in equal measure." - Positive Feedback Online Rodrigo's Concierto de Aranjuez was the first truly successful modern work for solo guitar and orchestra. It established Rodrigo's reputation as a composer and became his most popular work. Its classical three-movement form is rooted in traditional Spanish music and its famous Adagio has undergone numerous arrangements. Fantasía para un gentilhombre, written in 1954 for Andrés Segovia, the most influential guitarist of the 20th century, is based on 17th century Spanish dances. The Concierto Andaluz, inspired by Andalusian folk music, was written in 1967 at the request of the Los Romeros guitar quartet. Its Adagio is as lyrical as its counterpart in the Concierto de Aranjuez, its cadenza for the four soloists being especially noteworthy, and the work ends with a vibrant and vigorous Allegretto. This 2002 release, conducted by Maximiano Valdés, is the second in a 10 volume series of Rodrigo's complete orchestral works. Valdés, who has become closely connected with the music of Spain, also conducted several other volumes in this series.
44.1 kHz / 24-bit PCM – Naxos Studio Masters