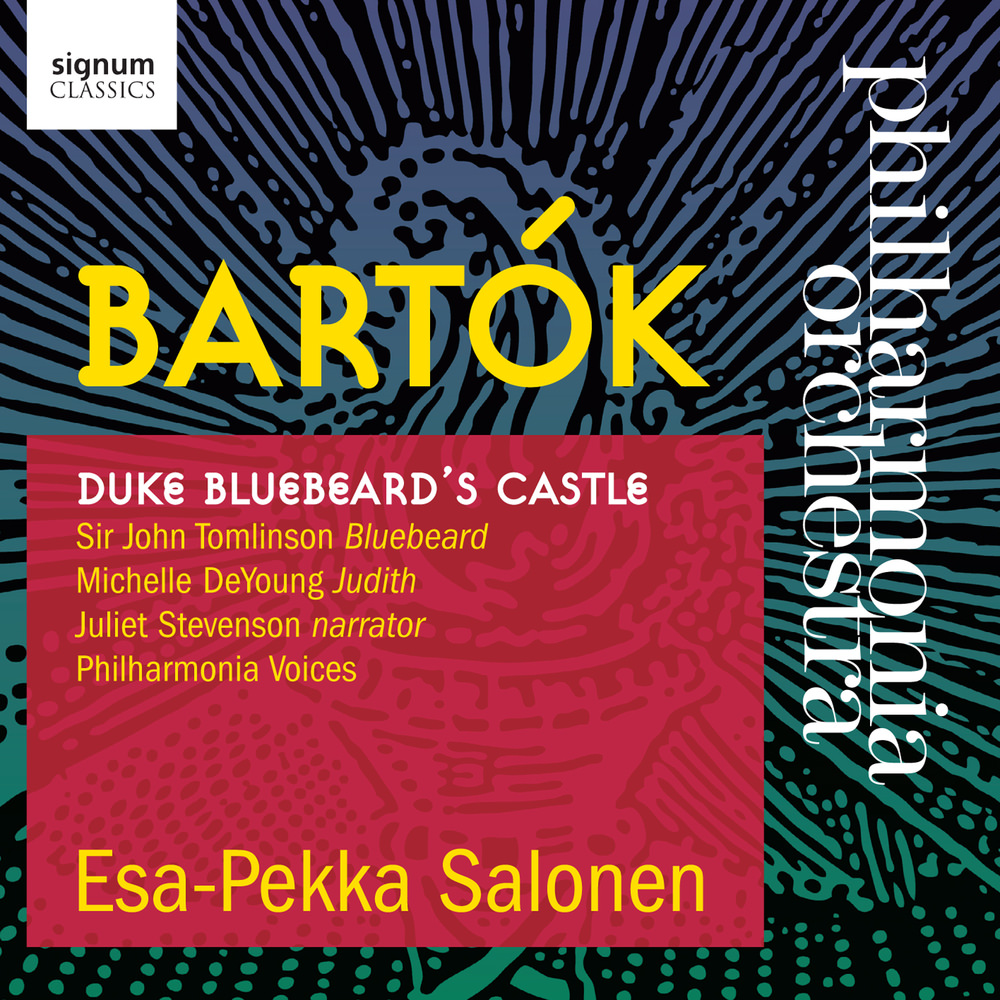 "Even in a crowded field, this account stands out. Tomlinson sings with rare musical beauty, never forcing a phrase and with remarkable verbal acuity ... DeYoung gives a richly sumptuous performance, with an especially impressive lower register."
- Opera Magazine

"Opera Choice. Esa-Pekka Salonen drives the score with a terse sense of focus, radiating out from its firm skeleton. Thus orchestral matters stay on a fairly tight rein in emotional terms; that territory belongs to the singers. Michelle DeYoung is a sensuous and impassioned Judith; the instantly recognizable Sir John Tomlinson as her bluebeard has such a force of personality ..."
- BBC Music Magazine

Bartók composed his only opera, Duke Bluebeard’s Castle, in 1911, and even before its rejection in a national competition, he knew that chances for its performance were slim. Years earlier he faced the difficulty of being recognized as a composer in Budapest. Even when his music began to be published, he did not aim at a home market. In 1911, the year Bluebeard was composed and rejected, Bartók founded the New Hungarian Music Society as an outlet for his own music and that of their contemporaries; but, for lack of interest and support, the project soon proved a failure. This album is an unforgettable live concert recording from 2011, selected from the Philharmonia Orchestra and Esa-Pekka Salonen’s season of works by Bartók.
44.1 kHz / 24-bit PCM – Signum Records Studio Masters