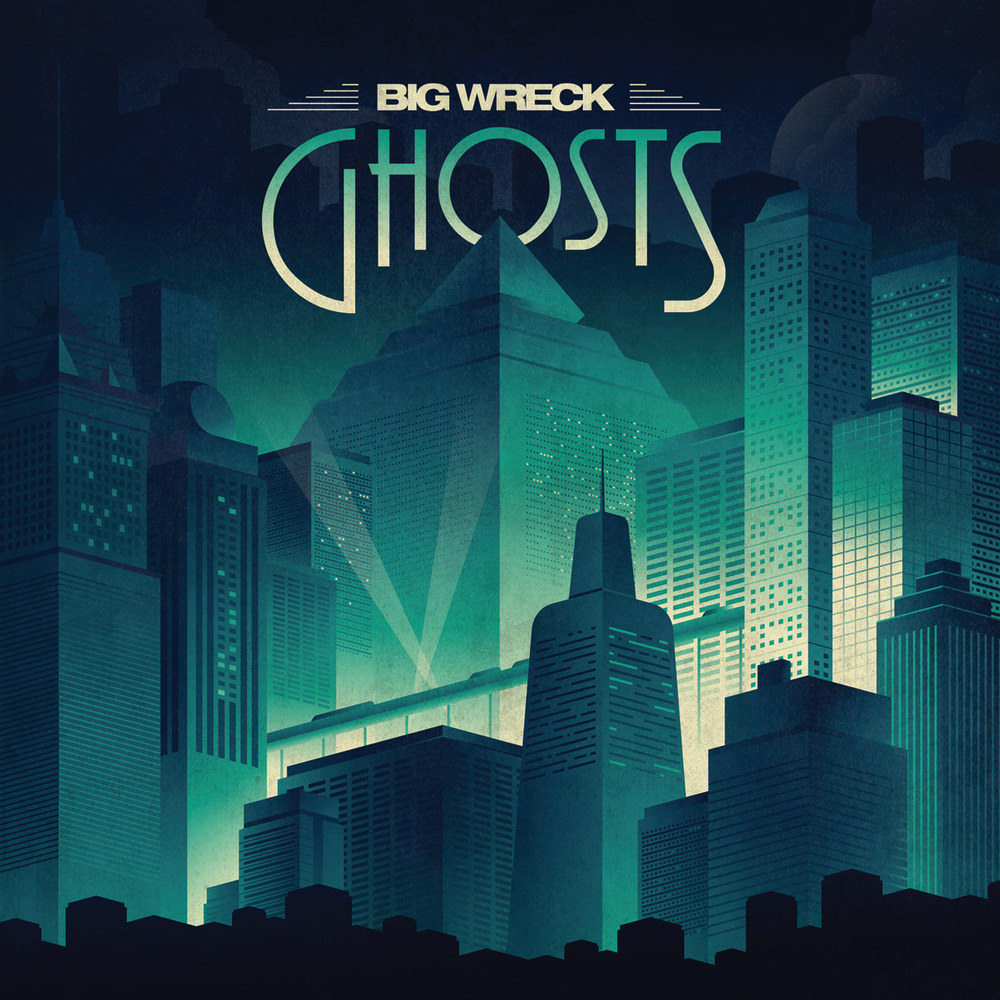 "... some of the songs rank as some of the best of the band’s career ... some shockingly good lyrical turns that Big Wreck should most definitely be proud of."
- Hellbound

"This is a new, mature Big Wreck with a sound that should bring in new listeners and reacquaint themselves with old fans ... Big Wreck appear to be on the verge of reigniting a flame and a passion ..."
- National Music Centre

This Juno Award nominated album is the highly anticipated follow-up to Big Wreck's 2012 reunion Albatross, released after an 11-year hiatus. Recorded over six months in Toronto, Ghosts was produced by Big Wreck's singer-guitarist Ian Thornley, alongside Nick Raskulinecz (Foo Fighters, Rush) and engineer Eric Ratz (Monster Truck, Billy Talent), who won a Juno Award for this album. While Ghosts stays true to the driving intensity and unbridled guitar virtuosity that has always defined Big Wreck, atmospherically the album explores an incredibly wide range of sounds; bold new aural territory that some fans might not expect from the band. Having tackled everything from piano interludes to 1980s inspired gated reverb, Ghosts reveals a side of Big Wreck that is unabashedly musical.

"Now I find that I'm finally getting through a lot of concepts and tricks that I've always wanted to try on a record but had previously put on the back burner or even forgotten about. This time, nothing felt forced or rushed, everything just felt right, and it's so great to finally be able to indulge. The creative palette is a lot broader on this record, and sonically there's a lot more going on that I just haven't heard before. This record has it all for me. If Albatross sort of reopened the door for us as Big Wreck, then this album definitely kicks it down."
- Ian Thornley
96 kHz / 24-bit PCM – New Rounder Studio Masters