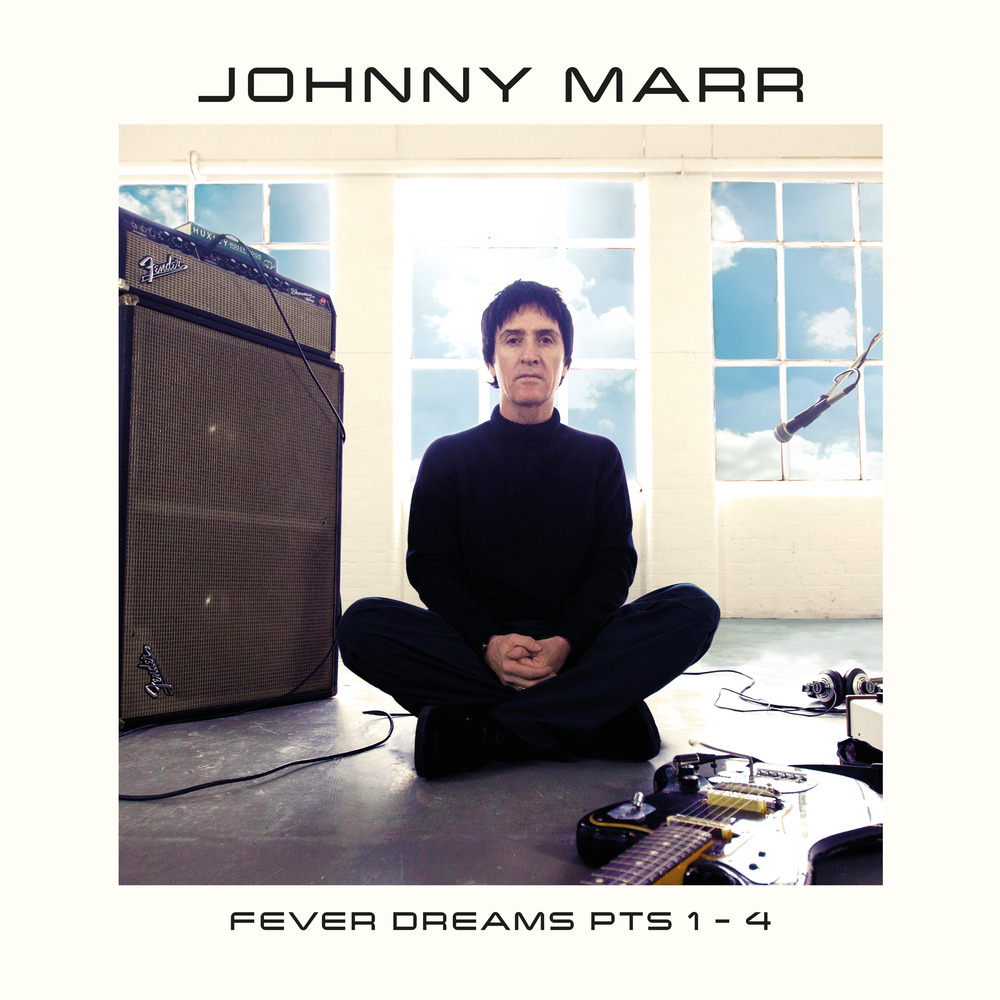 Available in MQA and 44.1 kHz / 24-bit AIFF, FLAC audio formats
"A soulful record fuelled by fresh ideas. This sprawling, 16-track album is the sound of a focus-focused artist who is immersed in innovation." - NME Johnny Marr started his career with The Smiths, beginning an amazing history as one of the most influential songwriters and guitarists in British independent music. His subsequent creative journey has seen him at the heart of The The, Electronic, Modest Mouse and The Cribs, as well as working with such names as The Pretenders, Talking Heads, The Avalanches, and the musician and composer Hans Zimmer - with whom he recently recorded the score and soundtrack for the forthcoming James Bond film, No Time To Die, including the title track created with Billie Eilish. Now, Marr returns with Fever Dreams Pts 1 - 4. It was created during the long, uncertain period that followed the arrival of the UK’s first lockdown, when his focus was pushed into both his interior life, and evoking the emotional states of others. “It’s an inspired record, and I couldn’t wait to get in and record every day,” he says. “But I had to go inwards.” The album reflects his multi-faceted past, but takes his music somewhere startlingly new. “There’s a set of influences and a very broad sound that I’ve been developing - really since getting out of The Smiths,” he says. “And I hear it in this record. There are so many strands of music in it. I think it’s the most ambitious solo record I’ve done.”
44.1 kHz / 24-bit PCM – BMG Rights Management (UK) Limited Studio Masters