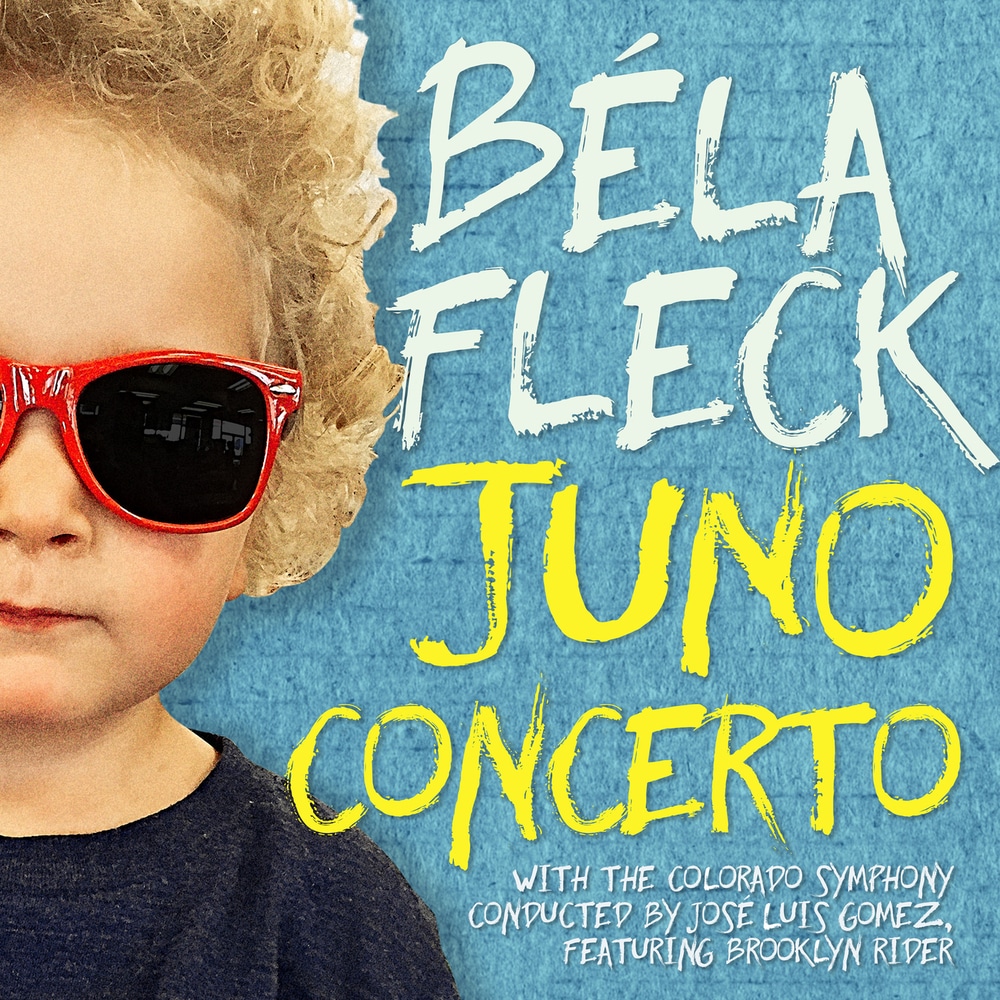 Béla Fleck's Juno Concerto for banjo and orchestra is named for his son Juno, with every note coloured by his experience becoming a father for the first time at 55 and how that has changed his priorities and musical goals. Co-commissioned by four symphony orchestras, the concerto was recorded in March 2016 by the Colorado Symphony conducted by Jose Luiz Gomez. The album also features two pieces for banjo and string quartet performed with Brooklyn Rider, including the world premiere of 1984’s Quintet For Banjo And Strings, Fleck's first classical composition.

"... I wanted to take what I had learned from writing and performing my first concerto and apply it here. The Impostor was written in 2011 and now that I’ve had the chance to play it over 50 times, I’ve had the chance to observe what I like and what I think could be different. This time I wanted to improve my writing for the orchestra, to create more and better slow music and for the solo parts to focus on flow and things that come naturally to the banjo, rather than attempting to do the nearly impossible, constantly."
- Béla Fleck
96 kHz / 24-bit PCM – New Rounder Studio Masters